The core team for the World Cup is set but skipper didn't rule out an exceptional performer getting a look in.

Visakhapatnam: India captain Virat Kohli feels that it would have been “more logical” if his team could have played a couple of more ODIs instead of the two T20 Internationals as a part of their ICC World Cup 2019 preparations.

India are playing two T20 Internationals and five ODIs against Australia in what will be their last international assignment before the opening World Cup fixture against South Africa in Southampton on June 5.

Even though it’s a T20 game, Kohli would like to treat these shortest format games also an extended preparation for the World Cup.

“But look we have to utilise what’s in front of us as best as possible. And as I said we’re going to look to get into the right kind of frame of mind as a team,” the skipper added. (ALSO READ: ‘We will have to be very wary of the bad habits that might creep in during the IPL’)

The core team for the World Cup is set but skipper didn’t rule out an exceptional performer getting a look in.

“We’re more or less sorted. But through the course of the series you might see something which might surprise you as a team and which you might want to change immediately. But those are things that are upon how circumstances come in front of you,” he said.

“As of now, we feel pretty balanced as a side and I don’t see any concerns or areas that we need to think about anymore. Everything is more or less sorted,” world’s No 1 batsman sounded quite assured.

The skipper didn’t reveal whether leg-spinner Mayank Markande will be given preference over regular wrist spinner Yuzvendra Chahal. Chahal and Krunal Pandya have been the two specialist spinners in the T20 format.

“Look, he (Markande) has been given an opportunity because he’s done well. It’s purely giving a youngster a chance, who has done well over the last couple of seasons and bowled well in the IPL and T20 cricket.” (ALSO READ: How a hesitant Mayank Markande switched from pace to spin)

The Indian captain marked Marcus Stoinis as the most dangerous player in the Aussie set-up. Stoinis is set to play in the Indian Premier League (IPL) for Royal Challengers Bangalore (RCB).

Kohli termed Aussie all-rounder Stoinis as a threat for the upcoming series. Stoinis scored 533 at 53.30 with a strike rate of 130.63 for his franchise Melbourne Stars in the Big Bash League (BBL). (ALSO READ: It is high time we need to take strong action against the perpetrators of terrorism: Yuzvendra Chahal)

“If I had to single out one player that can make more impact, that would be Stoinis. He has come around really well during the BBL and he’s making stand out performances. You can see he’s grown in confidence and he’s definitely going to be a very important player for them.”

“A few of the guys have done really well in the BBL. But from the last time that we played, the games were close contests, both of them. One was washed out, but the other two were really exciting games. We obviously expect a stiff competition overall from the Australian team,” he signed off. 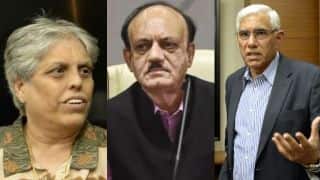 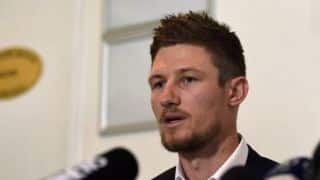