Virender Sehwag has advised the Indian cricket team to play Cheteshwar Pujara in the second Test which starts from August 9 at Lord's.

It’s been few a days since India suffered a heartbreaking defeat at Edgbaston in the opener of the five-Test series against England. Chasing 194, India were in a relatively secure position on the fourth morning of the day’s play with five wickets remaining and 84 runs more to win. But thanks to Ben Stokes’ brilliance, they fell short of the target by 31 runs to hand Joe-Root led England a 1-0 lead.

Several arguments have been put forth for the loss. Some obvious, other contentious. A major surprise that Virat Kohli pulled off at the toss of the first India vs England Test was the exclusion of their middle-order regular Cheteshwar Pujara.

READ: Age not a criteria for selection – Tendulkar

It was suggested that Pujara’s poor show in his county stint earlier this year could be the reason why the likes of Shikhar Dhawan and KL Rahul got the nod ahead of him. But the subsequent failure of Indian batsmen, barring Kohli, has given enough ammunition to the critics to question the decision of Indian management. While Kohli managed 200 runs across the Edbgaston Test, his teammates managed a combined 214.

Virender Sehwag has added his voice to the debate advising the Indian cricket team to play Pujara in the second Test which starts from August 9 at Lord’s.

On Monday, Sehwag tweeted ” (Ollie)Pope likely to play for England, Should India play Pujara in the second test. ? After all it s Lords.”

Pope likely to play for England,

Should India play Pujara in the second test. ?

After all it s Lords

England called up uncapped Ollie Pope for the Lord’s Test in place of Dawid Malan. Pope has had an excellent season for Surrey, scoring 684 at an average of 85.50 including three centuries and a top-score of 158 not out. 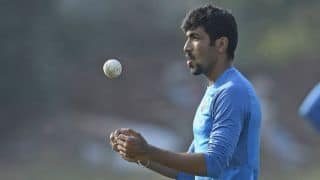 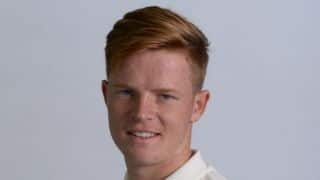