With three days to go until the start of the third Test at Trent Bridge, what has got people talking about Pant, aged 20?

Rishabh Pant thinks he s ready for Test cricket. Rahul Dravid has endorsed his skills against the red ball, having worked with him as India A coach in England. Former India captains Dilip Vengsarkar, firstly, and Sunil Gavaskar have called for his inclusion in India s Test team. Sourav Ganguly believes he is the future of Indian batting.

With three days to go until the start of the third Test at Trent Bridge, what has got people talking about Pant, aged 20?

For starters, there is the fact that the man chosen to keep wickets in the first two Tests, Dinesh Karthik, has failed to make an impact. At Edgbaston, Karthik dropped a tough chance and made 0 and 20. At Lord s, he took a very fine catch to deny Jonny Bairstow a century but scored 0 and 1. At 33, Karthik is the epitome of the journeyman Indian cricketer, and played because Wriddhiman Saha is injured. He is not a player for the future, and his batting woes on tour have shifted the focus to the uncapped Pant.

Pant, who burst into the limelight during the 2016 Under-19 Word Cup in Bangladesh when he smashed the fastest fifty in the tournament s history and then made 111 off 96 balls in the quarter-finals, finished the 2016-17 Ranji Trophy with 972 runs from 12 innings at an average of 81 and strike-rate of 107.28. He scored four centuries, among them a triple-century against Maharashtra, and set a record during the tournament.

On November 8, 2016, at the age of 19, Pant hit the fastest hundred by an Indian batsman in first-class cricket during a Ranji Trophy game against Jharkhand. The century needed just 48 balls, beating the previous record of 56 balls by VB Chanderasekhar during the 1988-89 Irani Trophy. That century was Pant s second of the match, following his 117 of 106 balls in Delhi s second innings.

A tremendous Ranji Trophy ushered Pant into India s T20I squad and he became the country s youngest debutant in the format. While he has not been able to make a name for himself for India in T20Is – he four games have resulted in 73 runs at a strike-rate of 105.79 – Pant s elevation to the India A squad that spent over a month in England this summer was further recognition of his talent.

He was named in the India A squad, coached by Rahul Dravid, after a strong IPL, in which he scored 684 runs in 14 matches at an average of 52.61 and strike-rate of 173.60 for Delhi Daredevils. The returns were consistent, chiefly in the tri-series final which India A won, and then came a counter-attacking 67* off 71 balls to help script an eye-catching comeback win against West Indies A in a four-day match. Pant s wicketkeeping was tidy (he had 17 dismissals on tour) and signed off with 58 and 61 in defeat to England Lions, which overlapped with the BCCI selectors naming him in an 18-man squad for the first three Tests against England.

After 23 first-class matches, Pant s average stands at 54.50, with four centuries and eight half-centuries. India s batsmen, barring Virat Kohli, have failed to deliver in four innings. Pant appears closer to a Test debut than he was a week ago. 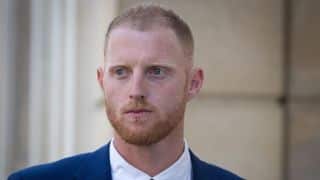 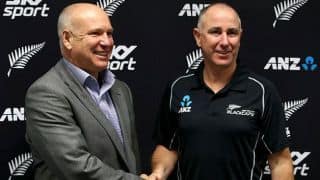