It was a morale-boosting victory for the Kiwis, who were outclassed 4-1 in the ODI series.

The three-match Twenty20 International series decider between India and New Zealand lived up to expectations as the hosts just about managed to win by four runs at Seddon Park in Hamilton on Sunday.

Set with a daunting 213-run target that came on the back of opener Colin Munro s blistering 72 off 40, India were right on track to chase down the target despite losing opener Shikhar Dhawan early. (India vs New Zealand, 3rd T20I: FULL SCORECARD)

Vijay Shankar was aggressive in his approach, but the visitors were unable to establish partnerships. Rishabh Pant belted a four and two sixes and raced to 28 off 12 before he became debutant Blair Tickner‘s first victim. Captain Rohit Sharma made 38, while Hardik Pandya s brief cameo produced 21.

India found themselves on the ropes when they needed 47 off the last three over. However, Dinesh Karthik was belligerent in his 16-ball knock and pounded four towering sixes for his 33, while Krunal Pandya made 26 off 13 but they ended up four runs short. (ALSO READ: It would have been nice to win the series and go home and play Australia: Rohit Sharma)

What a brilliant advertisement for T20 cricket. It’s great to get across the line tonight. It was a fairly short series. The first performance (first T20I) was our best, and there were some learnings in the second one, New Zealand captain Kane Williamson said at the post-match presentation ceremony.

It was a morale-boosting victory for the Kiwis, who were outclassed 4-1 in the ODI series. They next host Bangladesh in a series of three ODIs and three Tests. (ALSO READ: Tried to put pressure back on the bowlers: Colin Munro)

We knew India would come back strong. For it to go to the last couple of balls with the series on the line, it was a great series to be a part of. We go to the ODIs against Bangladesh, we travel, train and play, so that’s the (hectic) nature of international cricket I suppose, Williamson, who scored 27 off 21 in the final, explained. 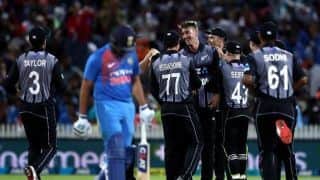 It would have been nice to win the series and go home and play Australia: Rohit Sharma 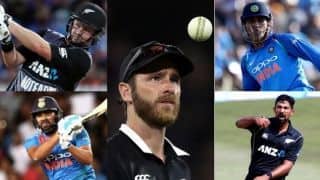