Chief selector MSK Prasad explains why Chahal, Kuldeep have not been picked in T20I squad

Chief selector MSK Prasad explains why Chahal, Kuldeep have not been picked in T20I squad

Prasad also praised the rise of many youngsters in the shortest format including fast bowler Navdeep Saini.

India’s Twenty20 International squad for the upcoming three-match series against South Africa saw few surprising omissions. Instead of the tried and tested KulCha duo of Kuldeep Yadav and Yuzvendra Chahal, the MSK Prasad-led selection committee preferred to go with leg-spinner Rahul Chahar along with Ravindra Jadeja and Krunal Pandya.

With the ICC T20 World 2020 next year, many questions were raised, going by the recent squad, that Chahal and Kuldeep are facing stiff competition for a spot in the shortest format. However, chief selector Prasad on Tuesday said the spinning duo are very much a part of India’s T20I plans in the future.

“In order to bring variety in the spin bowling department, we have been trying youngsters keeping in view of the T20 World Cup in Australia. Chahal and Kuldeep have been outstanding performers in the shorter formats in the last two years. They are definitely ahead in the race now. It’s just that we are trying few other options now,” the Andhra wicketkeeper-batsman said in an interview with India Today.

READ: Everything you need to know about India’s latest T20I debutant – Rahul Chahar

Prasad also praised the rise of many youngsters in the shortest format including fast bowler Navdeep Saini. “In shorter formats, we have seen Shreyas Iyer emerging as a matured batsman who can play to the situations and demands of the team and deliver accordingly. Similarly, we have seen Navdeep Saini, Krunal Pandya, Washington (Sundar) progressing well in shorter formats,” he said.

He lavished praise on middle-order batsamn Hanuma Vihari for his standout performance in the two-Test series against West Indies. “In the longer format we have seen solid performances from young Vihari. He was clearly the stand out performer in this series apart from Bumrah, who was outstanding with the ball. I am also very happy with the form of Ajinkya Rahane because he is very crucial for the success of Indian team in this format,” he said.

India will play three T20Is against South Africa starting September 15 with the first match in Dharamsala. Both sides will then be engaged in three Tests which get underway on October 2 at Visakapatnam. 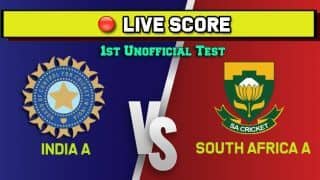 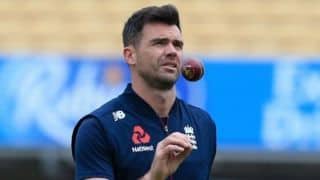 Giggs-inspired Anderson wants to play till 40