The Virat Kohli-led Indian side will take on Quinton de Kock's South African unit in the three-match T20I series.

Indian cricket team selectors decided to stick with their template of building a squad for the 2020 ICC T20 World Cup as they named a 15-man squad for the three-match T20I series against South Africa.

The Virat Kohli-led side will kick off the series in Dharamsala on September 15 before moving to Mohali (September 18) and Bengaluru (September 22) for the next two matches.

There has been speculation that MS Dhoni will announce his retirement following the World Cup. While that seems to be put on hold, the Indian selectors did not pick him for the T20I series against South Africa.

The former India skipper had informed the selectors about his unavailability for the West Indies T20Is and ODIs as he opted to serve his regiment in the Territorial Army. The selection panel have not changed their ways, picking a squad sans Dhoni.

All three frontline pacers are out

Neither of the three frontline pacers – Jasprit Bumrah, Bhuvneshwar Kumar and Mohammed Shami were picked in the squad. While Bhuvi featured in the Indian team for the West Indies ODIs and T20Is, Shami was a part of the ODI team which won the three-match series 2-0 and is in the Test side. Bumrah, meanwhile, was rested for the limited-overs leg against West Indies and is with the Indian team for the Test series.

While Shami does not feature in India’s T20I sides regularly, this is the second successive series Bumrah was rested for India’s limited-over series. In the absence of the trio, Khaleel Ahmed, Navdeep Saini and Deepak Chahar, with Hardik Pandya to company, will shoulder the fast-bowling responsibilities.

There had been reports indicating Sanju Samson and Ishan Kishan are respectively the second and third option as wicketkeepers ahead of the team announcement. But the selectors have picked neither, meaning Rishabh Pant will be the only frontline wicketkeeper.

Although KL Rahul keeps wickets during the Indian Premier League, there is no like-for-like wicketkeeping replacement in the squad.

Hardik Pandya, who was rested for the West Indies series after sustaining a few niggles during the World Cup 2019, has also made a comeback to the squad. The allrounder’s inclusion in place of Bhuvi remains the only change to the squad that played in the recent limited-overs series against West Indies.

Following the announcement of India’s squad for West Indies series, the chairman of selectors, MSK Prasad, had said that Shubman Gill, India’s Under-19 World Cup winner, will have to wait for his chances. And it seems, his wait will continue for a while after not being picked for South Africa T20Is despite scoring two fifties and 149 runs for India A during the West Indies tour and scoring heavily in First Class cricket.

Shikhar Dhawan, who made a comeback to India’s squad after the injury layoff during the World Cup 2019, was persisted with despite his below-par showings across five games – three T20Is and two ODIs – against West Indies. The left-hander could only score 65 runs in those matches. 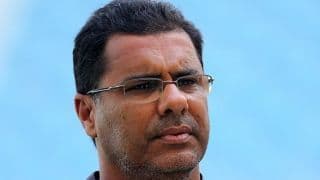 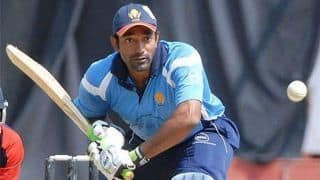