Ramnaresh Sarwan reckons a fast wicket in Antigua will be 'ideal' to their chances of beating world's top-ranked Test team India.

Former West Indies international Ramnaresh Sarwan reckons a fast wicket in Antigua will be ‘ideal’ to their chances of beating world’s top-ranked Test team India in the two-match series that gets underway from Thursday.

Sarwan along with Brian Lara has been roped in to help the Windies batsmen prepare for the India series which is also a part of the ICC World Test Championship.

India haven’t lost a Test in West Indies since 2002 and given their current form, the hosts have their task cut out. Virat Kohli’s men remained unbeaten during the limited-overs leg of the tour, winning three-match T20I series 3-0 before clinching a three-match ODI series 2-0 after the opening contest was washed out due to rain.

There have been suggestions that pitches that favour fast bowling will put West Indies in a better position to beat India. And Sarwan agrees.

“Yeah, ideally you would want a fast wicket in Antigua. We have to ensure we play well on whatever wicket we play on. Obviously, the guys would have plans and if they are able to execute 70-80 per cent of the time, we would have a good chance of winning,” Sarwan was quoted as saying by ANI.

He feels Jason Holder has to bring out a collective performance from his team in order to give themselves a chance of beating India. “If we can collectively play well, we have a chance of beating India. We have individual talents, but it is a matter of playing well as a unit. hopefully, we will be able to play as a team. At the end of the day, once we gel as a unit, we have a chance of winning,” Sarwan, who played 87 Tests, 181 ODIs and 18 T20Is, said.

Sarwan and Lara have mainly focused on the mental side of the game during the pre-season camp, asking the players to have a clear mindset. “It has been really well. We had Brian as well, the way he put everything to them was very simple, guys understood him. The guys really applied themselves in the pre-series camp. Mostly we have tried to work on the mental aspect with them. We did not want to change anyone, just tried to keep them in a clear mindset, hopefully, they will be able to take it to the game. Brian stressed the need to be patient in the middle,” he said. 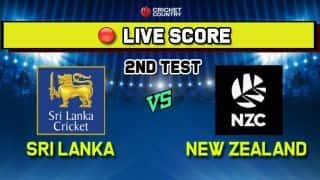