“It is a matter of great pride for us to be the title sponsor for this series. Cricket is like a religion in India and offers a great platform to connect with millions of cricket lovers in the country,” Prayag India CMD VK Aggarwal said on Saturday. Manish Pandey: My goal is to be in the Indian side for a long time

“This tour will be important for the young guns in India. The fight for a place in the full-strength squad will make the series interesting.” Ajinkya Rahane: Will just look to keep things simple

Zimbabwe Cricket (ZC) Director International Cricket and Operations Alistair Campbell said: “ZC is pleased to have Prayag as the title sponsor of the ODI series which shall now be referred to as the Prayag Cup 2015. Manoj Tiwary: VVS Laxman’s technical inputs were priceless

“I welcome the Indian cricket team and Prayag to Zimbabwe. We look forward to some interesting cricket and good competition between the two teams.” Robin Uthappa: Opening the batting comes extremely easily to me 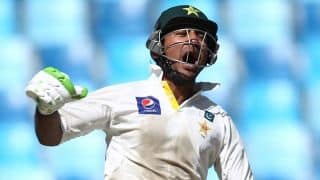