De Villiers revealed that captain Virat Kohli will not want to tinker with his side despite the season opening loss in Chennai.

I felt sorry for Buttler because he wasn t trying to steal a run, and Ashwin did nothing wrong because he was operating within the laws, the Bangalore star wrote in his column for the Times of India on Thursday.

It s still a grey area, and Law 41.16 needs to be clarified. Either running a batsman out at the non-striker s end is legal or it isn t can somebody please decide. (ALSO READ: Questioning Ashwin s character because he mankaded Buttler is totally wrong: Rahul Dravid)

Meanwhile, Bangalore were off to the worst ever starts possible when their explosive batting line-up failed to live up to expectations and were skittled for a paltry 70. ABD departed for just nine after he fell to Harbhajan Singh, who won the Man of the Match for his three wickets in Chennai s emphatic seven-wicket win.

In their next match, Bangalore host three-time champions Mumbai, who are also in search of their first win after going down to Delhi at the Wankhede.

We are playing under pressure not only because, as ever, we want to excite our own supporters but also because of the disappointing defeat in our opening match against CSK. That s no problem. We embrace the pressure. This is why we play the game, De Villiers wrote. (ALSO READ: I don’t want to be Ashwin, says Kevin Pietersen on Jos Buttler Mankading)

Our preparations this week have focussed on nothing more clever or complicated than hard work. On Tuesday, guided and goaded by head coach Gary Kirsten, we focussed almost entirely on fitness drills.

ABD revealed that captain Virat Kohli will not want to tinker with his side despite the season opening loss in Chennai. (ALSO READ: ‘It s too late to say sorry Mr. Ashwin, you will be remembered for that low act’)

There are unlikely to be many changes in our team to play MI. We underperformed in Chennai but the balance feels right and, very often, it is consistency in selection that enables a team to build momentum. That s what we need right now… consistency and momentum, and an opening home victory over MI will get our campaign up and running, he explained. 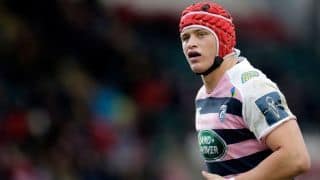 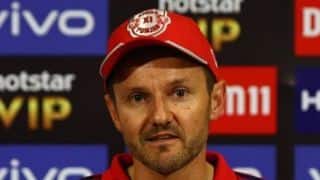