Under Hesson, New Zealand reached the final of the 2015 ICC Cricket World Cup.

Mike Hesson, former coach of New Zealand and the Indian Premier League (IPL) side Kings XI Punjab, on Friday said that he is “unsure” about getting the head coach job with the Indian cricket team.

Hesson, who was one of the six shortlisted candidates for the interviews of the position, appeared for before the Kapil Dev-led Cricket Advisory Committee (CAC) in Mumbai for the interview.

While Ravi Shastri, the current India head coach, is tipped to retain his role, Hesson, Tom Moody, Lalchand Rajput, Robin Singh, Phil Simmons were in contention for the role. Simmons, though, pulled out of the race on the day of the interviews, making it a five-man battle.

“I am unsure. They are making a decision this afternoon. You guys will hear about the decision the same time I will,” Hesson, who was the coach of New Zealand when they reached the 2015 ICC Cricket World Cup final, was quoted as saying by ANI after his interview for the position of Indian cricket team’s head coach.

While Moody appeared for the interview via Skype, Shastri, who is currently in West Indies, is expected to be interviewed via video conference on 5 pm IST.

It is also reported that whoever gets the role, will be handed a contract till 2021 ICC Cricket World Twenty20.

“The head coach will be at the helm of affairs till the 2021 World T20 and after that it will be a process of re-appointment or selection of a new coach as has been the trend in recent years. The support staff will also be handed contracts till the World T20 as continuity is very important considering the big ticket events that are lined up over the next couple of years,” a BCCI functionary was quoted as saying by IANS 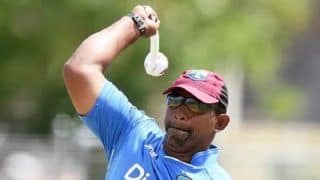 India's next coach: It's five-man battle as Phil Simmons pulls out of race 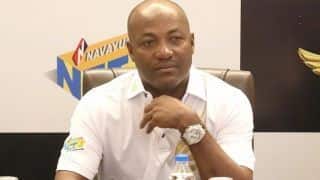