About 15 fans will get to try their hand at the job and three of them will go to UAE.

Soft drink giant, Pepsi has launched a campaign, which gives an opportunity to young fans of the Indian Premier League (IPL) to experience live all the thrill and action at various venues in the United Arab Emirates.  In an innovative promotional campaign — The Epic Trailer — Bollywood star Ranbir Kapoor has been shown to have “bagged an epic career opportunity as @ThatPepsiIntern, before he was fired”!

Ranbir’s early exit opens up an opportunity for all the young fans to experience the thrill and action live at IPL. The trailer reveals some of the exciting things the upcoming @ThatPepsiIntern will get to experience at the cash-rich event.

As many as 15 lucky fans will get to try their hand at this job and three of them will also get a chance to go to UAE for the IPL matches.

@ThatPepsiIntern will generate exclusive content from the IPL and will be the link between the fans and celebrities, thereby bringing the IPL experience alive for the fans.

Through @ThatPepsiIntern, fans can directly interact with or send their message across to celebrities. They can ask @ThatPepsiIntern to complete unique tasks for them in the stadium and even win tickets to the matches through contests.

Commenting on this development Ranbir said, “I am heartbroken that my stint as the awesome @ThatPepsiIntern has come to an end. I had a blast and enjoyed myself to the fullest; obviously worked a bit too.

“I am sure whoever is the next @ThatPepsiIntern will be blown away by the opportunities that they will encounter once they get into my shoes.” 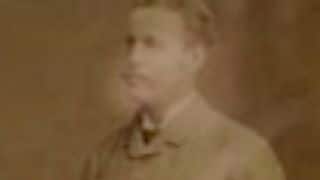 Francis Alexander Mackinnon, 35th Mackinnon of Mackinnon: Hat-trick victim in his only Test