It enthrals the crowd when the fielders stun them with mesmerising and spectacular catches.

The eighth edition of the India’s most premier and cash-rich T20 league, the Indian Premier league (IPL) has kicked off again and expects to be another cracker with some interesting contest and big knocks getting through. READ: IPL 2015 Points Table

However, it must be noticed and remembered that the league not just belongs to the batsmen or bowlers, but equally the fielders deserve their acclaim for their brilliant work on the field. And it enthrals the crowd when the fielders stun them with mesmerising and spectacular catches. READ: Orange cap holder in IPL 2015

The 2015 season expects to be another interesting outing for the fielders as they prepare themselves to pull off some spectaculars on the field and upset as well as stun the batsmen by dashing all their hopes and breaking the hearts of the fans. READ: Purple cap holder in IPL 2015

South Africa’s David Miller, who plays for the runners-up of the previous edition, Kings XI Punjab (KXIP) was the record holder of the last season with 14 catches and would get set again to repeat and prove himself as the man with the magnetic hands, if the batsmen happen to hit the ball towards him on the field. READ: Most dangerous batsmen in IPL

Here is the list of most catches by any fielder in IPL 2015: 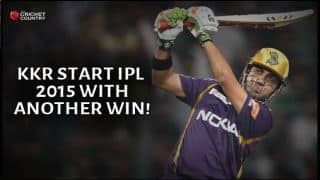 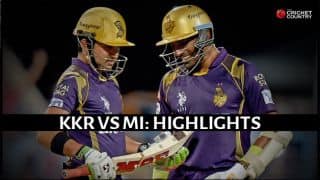