IPL 2019 MI vs SRH Match 51: All to play for as playoffs spot beckons
By CricketCountry Staff

Without David Warner for the first time this season, Sunrisers Hyderabad will hope to boost their playoff qualification against Mumbai Indians in match 51 of IPL 2019 today.

The race to the playoffs

Five teams are chasing the two remaining IPL 2019 playoff spots and Mumbai Indians can take one today. If they beat SRH, they will have 16 points from 13 matches and will enter the playoffs without having to worry about their last match.

Sunrisers are placed at fourth spot on the IPL table with 12 points, just below MI who have 14 points. Williamson’s team has a very good net run-rate (0.709), and if they beat MI then they will be almost certain for the playoffs.

Minus Warner, how will SRH go?

Australia opener David Warner, in a stunning performance, amassed 692 runs from 12 IPL matches before returning home. This means that he still holds the Orange Cap for most runs this season, and could still have it when the league ends.

There’s no replacing such stunning form up front, and now SRH have to figure out who replaces Warner in their XI. Tom Moody, the SRH coach, dropped a hint on Wednesday that Australian fast bowler Billy Stanlake could get the nod on the Wankhede Stadium surface instead of New Zealand opener Martin Guptill.

This would mean dropping an Indian fast bowler, and Sandeep Sharma looks the likely candidate.

If there has been one consistent performer for MI, it is Hardik Pandya. The allrounder has been in strong form with 355 runs in 12 matches, with 27 sixes and 25 fours. His bowling has not been as good as Pandya or MI would have liked, but a few big wickets and some electric fielding have added to his all-round value.

In the last match, Pandya smashed 91 from only 34 balls in a loss to KKR, which has left SRH wary of his batting.

“There are a number of players playing in the tournament like Hardik they are impact players, dangerous players. The bottom line is you need to remove them, you need to get them out because if they spend time in the middle, they are going to hurt you,” said Moody.

Afghanistan legspinner Rashid Khan is coming off a terrific performance in SRH’s last match and his four overs are vital today. Up against the Pandya brothers and Kieron Pollard in the middle order, his bowling could prove the deal-breaker.

In three T20s, Rashid has got Pandya’s wicket twice while conceding 14 runs off 26 balls bowled to him. That crucial statistic could force Williamson to keep Rashid back for when Pandya comes out to bat. 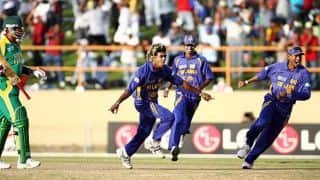 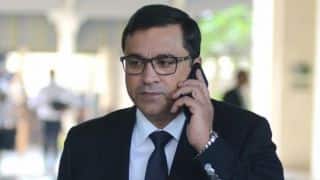