Henriques, who has played for five of the eight IPL teams, was handed the cap but he rolled his ankle during while warming up.

Australia allrounder Moises Henriques‘ debut for Kings XI Punjab was delayed after a last-minute ankle injury ruled him out of the Indian Premier League (IPL 2019) game against Rajasthan Royals on Tuesday.

Henriques, who has played for five of the eight IPL teams, was handed the cap but he rolled his ankle during while warming up.

He was seen lying on the boundary and looked in serious pain. He later limped out of the field, helped by fellow KXIP teammates.

The 32-year-old, who has played for Delhi Daredevils, Kolkata Knight Riders, Mumbai Indians, Royal Challengers Bangalore and Sunrisers Hyderabad in the past, was replaced by South Africa’s David Miller in the playing XI. (ALSO READ: All you need to know about Kings XI Punjab s latest debutante Arshdeep Singh)

Here are the playing XIs of both the sides

Ravichandran Ashwin: We were looking to field first as well. We are playing three spinners so probably we want to make the most use of dry conditions. There has been quite a cloud cover throughout the day, hopefully there is no dew. We have David Miller back in place of Sam Curran. It s one of those stages where you got to gain some momentum. (ALSO READ: It s unfortunate that my father s name has been tainted: Vinoo Mankad s son)

Ajinkya Rahane: We ll look to bowl first. It s a dry wicket and on this ground chasing teams always win. What is important is playing good cricket throughout 40 overs and start fresh. It s a funny format so you need to give your best. Three changes as Ashton Turner comes in. It was a good victory against Mumbai, we did really well. Only four overseas can play in IPL, hence it s a difficult choice to make. 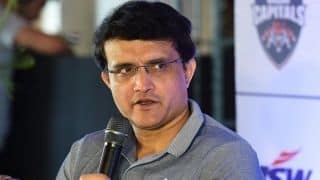 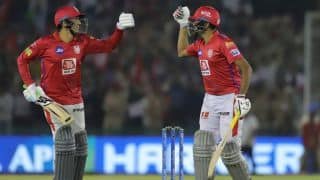