With a six-wicket win over RR, Delhi Capitals have displaced CSK from the top spot.

Delhi Capitals have moved to No 1 on the IPL 2019 points table after beating Rajasthan Royals by six wickets at the Sawai Mansingh Stadium on Monday.

At third place before match 40 of the season, Delhi chased Rajasthan’s 191 with four balls to spare to claim two points and move to 14, the same as defending champions Chennai Super Kings.

Chennai, despite losing their last two matches, had remained on top of the points table for 24 hours until DC beat RR.

This loss is Rajasthan’s seventh in ten games this season, and they are all but eliminated from the IPL 2019 playoffs now.

Their total of 191/6 was formed around Ajinkya Rahane‘s unbeaten 105 from 63 balls but Delhi, spurred initially by Shikhar Dhawan‘s 54 off 27 balls and then Rishabh Pant‘s unbeaten 78 from just 36 balls, chased it down for the loss of four wickets. 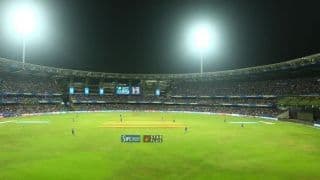 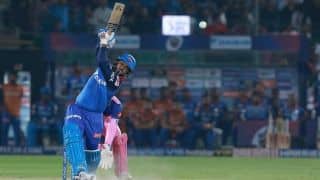