Rajasthan Royals brand ambassador and legend Shane Warne also expressed his displeasure, saying the dismissal was against the spirit of the game.

Rubbishing R Ashwin‘s statement that he ‘Mankaded’ Jos Buttler “instinctively”, Indian spin great Erapalli Prasanna on Tuesday said the India Test off-spinner is lying and should have cautioned the batsman.

“He is feeling guilty and he is trying to cover up. I don’t think he is clear to himself. He is bluffing. He is not telling the truth,” Prasanna told IANS. (ALSO READ: Ravi Ashwin mankads Jos Buttler during T20 League match: Twitter goes wild)

Kings XI Punjab skipper Ashwin ran Rajasthan Royals and England batsman Buttler out in the 13th over when he was looking good at 69 off 43 balls in the company of Sanju Samson with the scoreboard reading 108/2.

Ashwin stopped after entering his delivery stride seeing Buttler slip out of his crease, turned around and broke the stumps at the non-strikers’ end. (ALSO READ: It was instinctive: Ashwin on mankading Buttler)

The decision was sent up to the third umpire, who didn’t need much time to send a livid Buttler on his way. This was the first time in IPL history that a batsman was “Mankaded”.

Speaking at the post-match press conference, Ashwin said of the incident: “Look, it was very instinctive. On my part, it was very instinctive. It was not planned or anything like that. It’s there within the rules of the game. I don’t understand where the spirit of the game comes, naturally if it’s there in the rules it’s there.” (ALSO READ: R Ashwin dupes Jos Buttler: Five times that mankading made headlines)

Slamming Ashwin further, Prasanna said even a schoolboy knows he has to warn the non-striker before doing such a thing.

“I (Ashwin) did it in the heat of the moment, all these things does not apply. Even a school cricketer knows, a batsman has to be cautioned. It has to be fair play.

“Most important point is, such an action is taken after cautioning the non-striker, telling him that he is leaving the crease much before the ball is delivered.”

Prasanna, who played 49 Tests for India taking 189 wickets, went on to say that Ashwin took undue advantage of the 22 yards and is feeling guilty now going by his statements. (ALSO READ: Ravichandran Ashwin an absolute disgrace)

“If he has made a statement like this, that he did it impulsively, that means he is not playing the game fair and square.

“Whether he is playing within the laws of the game, or not, he has to caution the non-striker. He is taking undue advantage of the 22 yards. (ALSO READ: Ashwin s actions represent him: Rajasthan coach Paddy Upton)

“It’s a gentleman’s game where you caution a player. Before DRS, many players have taken a catch on the second bounce and even if the umpire missed it, they would be fair in calling it not out,” he concluded.

The Board of Control for Cricket in India (BCCI) has said that the captain should have maintained decorum and that even the match officials failed in their duty.

Rajasthan Royals brand ambassador and legend Shane Warne also expressed his displeasure, saying the dismissal was against the spirit of the game. 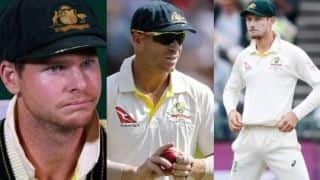