Despite his 621-ball marathon for Western Australia, Bancroft is not dreaming of the Ashes.

He made headlines on Tuesday when he came within 28 deliveries of breaking a Sheffield Shield record held by Australian legend Steve Waugh, but Cameron Bancroft remains grounded as talk of an Ashes berth take shape.

Opening the innings for Western Australia in his first first-class match since the Cape Town Test in March 2018, in which he was found guilty of ball-tampering and banned alongside his captain Steve Smith and fellow opener David Warner, Bancroft faced 621 balls for innings of 138* and 86 at Bankstown Oval.

He thus became the first batsman since the turn of the century to face in excess of 600 deliveries in a Shield game – and the fourth most of all time since the former Australia captain Waugh in 1996 set the mark of 649 balls when batting for New South Wales versus Queensland.

The 26-year-old carried his bat during the team s first innings, facing 358 deliveries, and then scored 86 from 263 balls in WA’s innings defeat to NSW. Though this puts him in the mix for a spot in Australia’s Ashes squad later this summer, Bancroft has said he was not allowing himself to think of adding to his eight Test caps just yet.

“I’ve played one game. You don’t earn the right after one game to achieve a feat like playing Test cricket,” he said. “I feel like I still have plenty of work to do. But it’s really awesome to be back playing for WA in Shield cricket, and I’m loving it so far.” (READ: Bancroft keen to resume opening with Warner despite scandal)

Bancroft is ostensibly challenging one of Marcus Harris and Joe Burns for a spot in Australia’s Test line-up, but for him the focus is on getting himself back in first-class cricket after nearly a year. (READ: Joe Burns braces for Ashes challenge, irrespective of David Warner’s return)

“The intention of why I’m playing and rocking up to prepare is because of course I’d love to play for Australia again one day,” Bancroft said. “Whenever that is, I’ll leave that to a power greater than myself. As long as I’m living each moment to the best of my ability, everything else will take care of itself.”

After the Sheffield Shield ends, Bancroft will travel to England to play for Durham. From eight Tests, he averages 30.92 with a best of 80*. 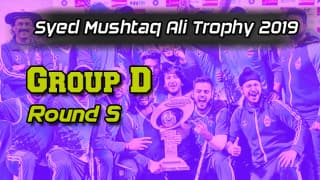