An unassailable 2-0 series lead means that England will shove South Africa down to third in the ICC Test Championship.

The England cricket team will move to second place in the ICC Test Championship at the conclusion of the Test series in Sri Lanka, with they lead 2-0 after wins in Galle and Pallekele this month.

Joe Root last week became the first England captain to win a Test series in Sri Lanka since 2001 when his team won by 57 runs at Pallekele after winning the Galle Test by 211 runs. An unassailable 2-0 series lead means that England will shove South Africa down to third in the ICC rankings for Test teams irrespective of what happens in the final match at the SSC.

If England beat Sri Lanka in Colombo, they will move to 108 ratings points, eight fewer than current No 1 India. A draw will put them on 107 points and a loss would tie them with South Africa on 106 points, but ahead by a fraction of a point.

The ICC will update its rankings after the SSC Test.

Root said after the Pallekele win that England want to keep gaining and reclaim No 1. 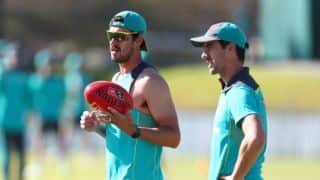