Buttler s maiden Test century will have given England a degree of confidence before the fourth Test, but problems remain.

Jonny Bairstow is desperate to keep wickets for England in the fourth Test against India starting next Thursday, but coach Trevor Bayliss would rather have Jos Buttler wear the wicketkeeping gloves as Southampton.

Bairstow s fracture left middle finger means that England will hand Buttler the role come August 30, but whether Bairstow is replaced in the middle order remains a question. England on Thursday added Hampshire captain James Vince as batting cover for Bairstow, who fractured his finger during the Trent Bridge Test, and Bayliss acknowledged that the situation is not an easy one.

That ll be the hard thing trying to convince Jonny, said England s coach. That will be a decision that is taken from the team point of view. He is a world-class batter, we know that, but one of the difficult things might be convincing Jonny of that. If that was the way we went, it would certainly be a deep conversation with someone like that, but Jonny s a reasonable bloke. He might fear it would affect his batting, but that s certainly not our fear. In the long run, he wants to play Test cricket. We know he wants to keep but there would be a lot of explaining and chatting.

Buttler s maiden Test century will have given England a degree of confidence before the fourth Test, but problems remain. Should Bairstow play purely as a batsman, he could move up to No 4 with the two-match old Ollie Pope dropping down to No 6. Pope, 20, bats at that place for his county, Surrey.

Ollie has batted no higher than six for Surrey, so it was a big ask to come into international cricket and bat four. But the short times he s been at the crease suggest that he might be a good international cricketer, said Bayliss. We would have probably liked to have started him off down a bit lower but the hole was at No.4. Obviously, Jonny is an option there as well, which might allow Ollie to drop a little lower. 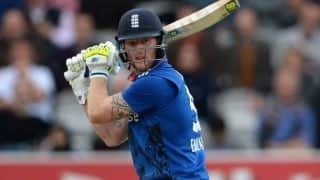 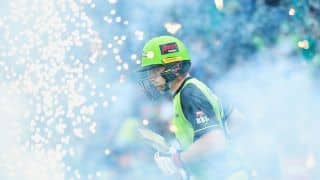