There was no stopping Krunal Pandya at Sydney on Sunday during the third and final Twenty20 International, the series decider against Australia on Sunday. Krunal, the 27-year-old left-arm spinner, ended his four overs with four wickets going for 36 runs to register the best figures by a spinner ibn Twenty20 Internationals in Australia.

Allrounder Glen Maxwell (3/10 in two overs) owned the record earlier. Ireland s left-arm spinner George Dockrell is third on the list with 3 for 18 in three while David Hussey is fourth in the list with figures of 3 for 25 in four overs.

After opting to bat, Australia were helped to a 68-run partnership between openers Aaron Finch and D Arcy Short, who were helped with some pretty ordinary fielding by the visitors. Australia captain Finch received a lifeline when he was dropped on 22 at long-on by Rohit Sharma in Pandya s first over.

Finch then departed to Kuldeep Yadav in the next over off Kuldeep Yadav for a 23-ball 28. He tried to go under it, but ended up top edging it miles high to Rohit, who went well below it, only to make a meal of the catch.

In his next over, the innings 10th, Krunal struck in the first ball trapping the other opener Short lbw for 33. A poor sweep shot in the next delivery saw Ben McDermott walk back for a duck as Krunal was on a hat-trick. However, Alex Carry ensured he connected the ball to square-leg to deny the elder of the Pandya brothers his T20I hat-trick.

In his final over, the innings 16th, after being smashed for back-to-back boundaries, Krunal won the battle with Carey, who was caught at deep-midwicket after his mistimed sweep shot landed straight into the hands of captain Virat Kohli.

Krunal s four wickets pegged the run flow and also saw his claim top position in the chart for the best figures achieved by a spinner in T20I in Australia. 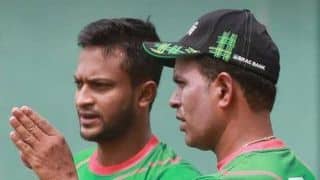 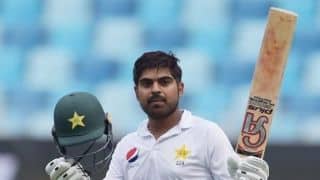