Footage shows a stunning 40 per cent of Sandakan s deliveries before lunch on the day were no balls.

Sri Lanka spinner Lakshan Sandakan had a day to forget during day three of the third and final Test against England on Sunday. Not only were his wicket-taking deliveries adjudged no-ball that saw Ben Stokes get a reprieve twice, but according to an analysis done English broadcasters Sky Sports, footage shows a stunning 40 per cent of Sandakan s deliveries before lunch on the day were no balls.

“In fact, the no-balls were something new for us as well,” Sri Lanka spin-bowling coach Piyal Wijetunge was quoted as saying by ESPNCricinfo on Sunday.

“This is the first time it has happened with Sandakan. Perhaps, he was trying too hard and trying to get bounce off the wicket. That is not an excuse. We must work on that.”

Sandakan, who has played 10 Tests and picked 30 wickets, had Stokes caught at cover for 22 and then at slip on 32, only for the deliveries to be deemed no-balls.

In fact, Sri Lanka captain Suranga Lakmal was seen physically digging out the new bowling mark for the 27-year-old.

Offspinner Dilruwan Perera also faced a similar issue although he was not denied a wicket. “This is an area that we need to work on. In Dilruwan’s case we are working on it and we are in the process of putting it right. He might get it right in the future,” Wijetunge said. 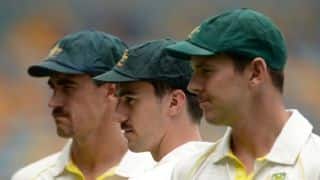 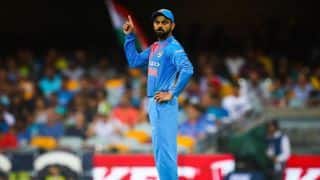