Raynard van Tonder, who captained South Africa at the 2018 Under-19 World Cup, hit 164 off 156 balls for the Invitation team.

Malinga took five for 35 in an Invitation XI total of 304 all out.

Raynard van Tonder, who captained South Africa at the 2018 Under-19 World Cup in New Zealand, hit 164 off 156 balls for the Invitation team. He struck 13 fours and five sixes. (ALSO READ: India in New Zealand to Sri Lanka in South Africa: When Asian teams made history)

Sri Lanka cruised to victory with nine overs to spare, with all six of their batsmen spending useful time at the crease ahead of a five-match one-day international series against South Africa, starting in Johannesburg on Sunday.

Opening batsman Avishka Fernando, 20, who failed to score in his sole one-day international appearance against Australia in 2016, made a claim for a recall with a sparkling innings of 72 off 46 balls.

Malinga took his wickets in two bursts, taking two off successive balls in his first spell when he came on as third change and finishing the innings with three wickets, including Van Tonder, off four deliveries. (ALSO READ: Thisara Perera writes to SLC owing differences with Lasith Malinga) 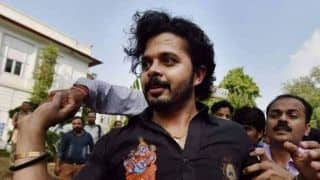 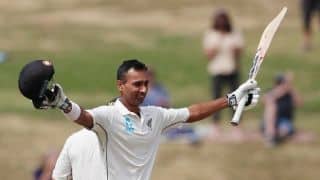