Injuries have kept Steyn out of action for almost two years until he made his comeback on the tour of Australia this year when he picked seven wickets in three ODIs.

India has been known to build their attack around crafty spinners, however, for the first time, in the build up to the ensuing four-Test series against Australia, India have acquired a versatile pace attack that has the ability to claim all 20 wickets.

Mohammed Shami can move the new ball and the old, while Umesh Yadav’s consistent raw pace, Ishant Sharma’s extra bounce and Jasprit Bumrah’s ability to launch yorkers at will adds the X-factor to the bowling attack.

“Any time you play against Australia it’s tough. As a bowler, mark lengths, bowl straight, put them under pressure. The conditions are always going to be tough for any batsman. If you are fielding near fine-leg make sure you have the 12th man with you to take the heat off as the crowds get really abusive from time to time,” Steyn was quoted as saying by NDTV on Tuesday.

Injuries have kept Steyn out of action for almost two years until he made his comeback on the tour of Australia this year when he picked seven wickets in three ODIs.

“The last two years were really hard as I lost almost two years of my playing career. I played almost 13-14 (years) without any injuries. It was 12 years of international career, the longest injury being a couple of months due to a broken thumb,” he said.

“It was not too difficult to stay motivated. I enjoyed the break. Then it was all about getting back and going again. Once you miss the game you can do anything to get back in the fold again.”

Asked about who was more difficult to bowl to – Sachin Tendulkar or Virat Kohli – Steyn said: “The game has changed a lot since Sachin’s days. He was one of the pioneers for getting the game to push in terms of run rate. He was the first guy to score a double-hundred in ODIs. Whenever we played against them in India, he was the one getting a strike rate of 100, while others used to be around 80. However, these days, 100 is the norm.

“There are lots of Sachins out there today. Kohli is a fantastic player. Had Sachin played in the same gear as Kohli, who is in the best form of his life right now, they would have been the same.” 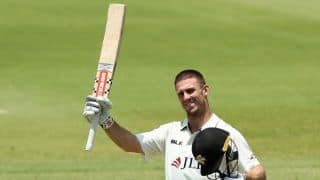 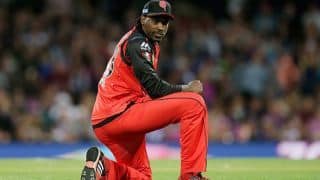