After sealing a place in the second qualifier with a comfortable seven-wicket win, Chennai Super Kings skipper

Dhoni heaped praise on his bowlers for putting up a good show on a wicket that was favourable to batting.

“I think the bowlers did a real good job. It was a very good wicket to bat on. Ashish and Ishwar moved the ball around a bit. In the middle overs, the spinners bowled well,” said Dhoni after his team chased down Mumbai’s 173 for 8 with eight balls to spare at Brabourne stadium.

“It would have been better had the top order carried on.

It would have made life easier for Hussey and Raina.”

Chennai pulled off some difficult catches. One of them was of Corey Anderson,the hero of Mumbai’s last match against Rajasthan Royals.

It was a top-edge from Anderson which had gone high and Ishwar Pandey had to wait patiently for a long time at deep backward square leg, before pouching it to dismiss the New Zealander.

Asked about the catches, Dhoni said: “I thought those catches would have been dropped, but Ishwar’s catch was brilliant.

“We knew Anderson will try and swing and I kept Ashwin for him and it paid off.”

Dhoni said it was the experience of Hussey and Raina which helped them and they were always confident of pulling off the chase.

“We didn’t panic. That’s where experience counts. I felt with Hussey around, if he gets going he can accelerate and the firepower with me and Jaddu around, we could chase 9 or 10 an over,” he said.

It was a good day for Suresh Raina as he was not only adjudged the Man of the Match for his unbeaten 33-ball 54 but early in the day he was also named the captain of the Indian team that would be touring Bangladesh next month.

Raina said: “God has been very kind to meaAfter being named captain of India for Bangladesh].

We executed the bowing plan really well. And then the batsmen, all of them did their job. I knew I had to bat till the last over.

“Wicket was really good, ball was coming on nicely. I knew I could hit Ojha over midwicket and Bhajji over cover.

Huss was batting well and we were running between the wickets well too.

Talking about their fielding, Raina said: “Ishwar took a brilliant catch to dismiss Anderson and hopefully we can continue playing good cricket in the next two games as well.”

Mumbai Indians captain, Rohit Sharma said the score of 173 was a good total and it was just not their day.

“We batted well till the 15th-16th over. 170 was a good enough, target. We would have liked some more but we really played well and I have a lot of pride in this side and how long we’ve come in this tournament. This just wasn’t our day.”

Sharma lauded his team for bouncing back after losing the first five games in UAE leg.

“We showed a lot of character after losing the first five games. Coming back to India and performing like that was incredible,” he said.

“I didn’t have to do too much, we were in that momentum after our last win and we wanted to carry it though to this game. But unfortunately CSK were the better team today and that’s what it is. We’ve got some work to do and hopefully we’ll come back bigger and stronger next year.”. 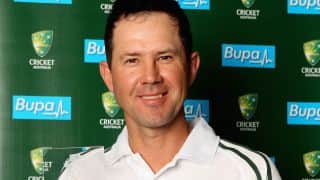