The England cricketer was ruled out of the event due to workload management, said Cricket South Africa (CSA) in a media release.

Sri Lanka‘s Isuru Udana on Friday was named replacement for David Willey as an international marquee player in the Paarl Rocks squad for the second edition of the Mzansi Super League (MSL 2.0).

The England cricketer was ruled out of the event due to workload management, said Cricket South Africa (CSA) in a media release.

“We are very excited to get a player of Isuru’s calibre who was Sri Lanka’s star player during their KFC T20 Series against the Standard Bank Proteas earlier this year,” said CSA Acting Director of Cricket Corrie van Zyl.

“He made more than twice the number of runs as any of his colleagues and had a strike rate of more than 170 percent. This is right up with the very best standards by any comparison. He has a career strike rate of 153 in the T20 International format and one of 96 in ODI’s. He was a regular choice for Sri Lanka throughout the recent ICC Men’s Cricket World Cup which included his playing a crucial role in his country’s upset 20-run win over the eventual champions, England. One of his two wickets was that of England captain Eoin Morgan,” he added.

“He is currently in action for Sri Lanka in their T20 Series against New Zealand and I am sure the Paarl Rocks players, management and fans will be keeping a close eye on his performances,” continued van Zyl.

“There will be more excitement on Tuesday next week when all the squads are finalised at the MSL 2.0 Player Draft,” concluded van Zyl. 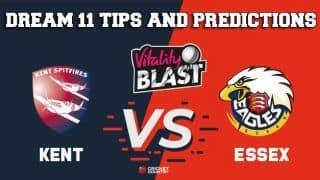 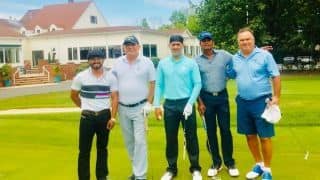