As per the World Test Championship, teams will wear names and numbers on jerseys.

The number that former New Zealand captain Daniel Vettori wore on his back during his glittering ODI and T20I career has been retired, as New Zealand Cricket (NZC) on Monday unveiled the jersey numbers for the new World Test Championship.

After England and Australia before the start of the ongoing first Ashes Test at Edgbaston, New Zealand today became the third team to announce the numbers that their Test cricketers will wear during the upcoming two-match series versus Sri Lanka.

In a first in Test cricket, the ICC has decided that Test cricketers will have their names and numbers printed on the back of their white jerseys.

(READ: What England and Australia’s Test cricketers will wear on their jerseys)

In a tweet, the Black Caps revealed that Vettori’s jersey number 11, had been retired.

Players that represent New Zealand in 200 ODIs have their shirt number retired. Daniel Vettori who wore number 11 has played the most ODIs for the BLACKCAPS with 291. pic.twitter.com/5oeGPKdnEK

It was also announced by NZC that any Black Caps cricketer who played 200 ODIs would have his jersey number retired.

This means that along with Vettori, the numbers worn by Stephen Fleming, Brendon McCullum, Chris Harris, Nathan Astle and Chris Cairns will be retired. Among active New Zealand players, only Ross Taylor (228) has played more than 200 ODIs.

New Zealand landed in Colombo over the weekend for a tour of Sri Lanka where they begin their first assignment of the World Test Championship.

The Test series in Sri Lanka starts on August 14. In 15 Tests played in Sri Lanka dating back to 1984, New Zealand have won four, lost six and drawn five. 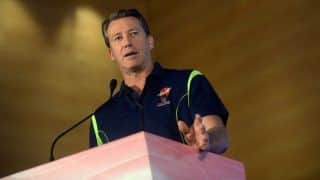