Pakistan's head coach Waqar Younis and his deputy Mushtaq Ahmed have had a heart-to-heart to talk with the players.

Karachi: Fed up with the spate of defeats in Bangladesh, Pakistan’s head coach Waqar Younis and his deputy Mushtaq Ahmed have had a heart-to-heart to talk with the players and asked them whether they were satisfied with their coaching methods. A source close to the Pakistan team told PTI that after the defeat in the only T20 international in Bangladesh last Friday, Waqar and Mushtaq had held a meeting with the players. Afridi downplays loss to Bangladesh, saying “bad times” are part of life

“The difference about this meeting was that apart from the usual discussions on what went wrong, Waqar and Mushtaq asked the players whether they were not happy with their coaching methods and wanted them to step down,” the source disclosed. “Waqar was very emotional and said not only was the reputation of Pakistan cricket on line but his own reputation. Bangladesh players to receive money, flats and cars

He asked candidly whether the players had something to say to him and whether he and Mushtaq should step down,” the source said. He said the two former bowling greats also waded into the bowlers in particular demanding to know why they had not implemented and executed the plans discussed before the match in the team meeting. “Waqar was unhappy that the bowlers didn’t try any variations in their bowling despite being told clearly this was necessary on the pitches in Bangladesh,” the source said. Time for Waqar Younis to step down as Pakistan’s head coach, says Rashid Latif

The source said that Waqar and Mushtaq had reminded the bowlers that they had performed wonders in the past and they only had to remain cool and execute the plans on the field and the team would start doing well again. Waqar in particular has come under immense pressure after Pakistan lost the one-day series 0-3 as well as the T20 match and there have been widespread calls for changes in the cricket board as well as the coaching staff. Some former players have even taken to social media to claim that once Prime Minister Nawaz Sharif returned home from a foreign tour there would be changes in the board. Waqar Younis: Pakistan should change their defensive style of play 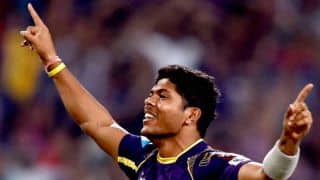