After a successful outing against Australia, whom they defeated 1-0 in the two-match Test series (first Test ended in an epic draw) and inflicted a 3-0 whitewash in the Twenty20 International series, Pakistan have retained the same team composition ahead of the three-match T20I series against New Zealand which begins with the first T20I on October 31.

According to a report in Cricbuzz on Monday, selection committee chief Inzamam ul Haq chose not to tinker with the winning combination.

Babar Azam top scored for Pakistan with 163 runs (average of 81.50) in the T20I series, while veteran allrounder Mohammad Hafeez notched 111 at an average of 55.50. 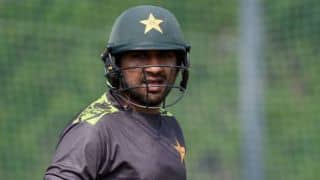