Sarfraz said that Pakistan needed to find one or two Test class spinners to support Yasir Shah and a couple of fast bowlers to step up.

Pakistan‘s captain Sarfraz Ahmed is confident that his team is ready to make an impact in the ICC World Test Championship after struggling for form in this format in the last two years.

“After in-and-out performances in the last two years since the retirements of Misbah-ul-Haq and Younis Khan, I think we are now ready to challenge other teams in the World Test Championship,” he said.

Pakistan’s first challenge will be a tour to Australia in November where they play two Tests followed by home Test series against Sri Lanka and Bangladesh.

Pakistan is presently placed 7th among 12 Test teams in the ICC World Rankings and Sarfraz admitted his team had neither been consistent nor convincing in the longer format for a while now.

“We have struggled after losing Misbah and Younis and we are in a rebuilding process. But now I think our batsmen are ready to fill the gaps and take responsibility,” he said.

“We have Shaan Masood, Imam-ul-Haq, Azhar Ali, Asad Shafiq, Haris Sohail and Babar Azam who have now gone through the grind and can do well at the Test level. There is also lot of experience now behind Azhar and Asad.”

Sarfraz said that Pakistan needed to find one or two Test class spinners to support Yasir Shah and a couple of fast bowlers to step up since Wahab Riaz and Mohammad Amir have now stopped playing Test cricket.

“We need to work on our bowling now and we have a couple of exciting pacers to look at and find some spinners. I think we are now in a position to do well in the test format which now has more meaning and purpose and every match is important,” he added.

Sarfraz as captain has seen his team lose home Test series to Sri Lanka and New Zealand while being outclassed in South Africa. 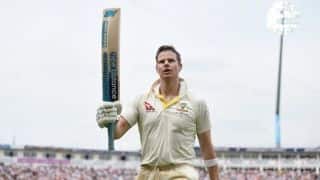 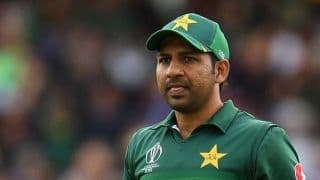