If Hafeez was so important to the Test side, why was he not picked in the first place, asked the former Pakistan opener.

Former Pakistan batsman and chief selector Aamer Sohail believes that if the allrounder Mohammad Hafeez was important to the team’s Test plans, he should have been included in the squad rather than suddenly called up.

Hafeez, 37, was added to Pakistan’s 17-member Test squad on Monday without specific reason from the PCB, having not played a Test in over two years. In September, the PCB had omitted Hafeez  from the ODI squad for the Asia Cup on fitness grounds, which led Sohail to believe the selectors were “playing to the gallery”.

“What is happening now is that they are bowing to pressure and including players just to relieve the stress on themselves. Specifically, in the case of Mohammad Hafeez, we were categorically being told that he had no place in the Pakistan side but he has been brought back and is now part of the Test squad,” he wrote in his column for pakpassion.net. “How can this be justified or work? If he was so important to the side and maybe he was after his bowling action was cleared, then he should have been in the original squad in the first place. Once again, I would suggest that the Pakistan selectors need to be clear in their thinking if we are to make progress in the future.”

Sohail, who played 156 ODIs and 47 Tests, was surprised that an 18-man Test squad for the series with Australia in the UAE starting Sunday had been picked.

“The Pakistan Test squad currently consists of 18 players which is incredible. Given how players have are being added to it, I am seriously worried that this number could yet rise as well,” he wrote. “This is where I will say that Pakistan selectors need to get their approach sorted as they cannot be playing to the gallery when it comes to selection matters. If the selectors have thought through their initial decision, then they should be able to convince all their critics about why they chose the players in the squad in the first place.

“They should be able to lay out their future plans in detail and remain steadfast if a few hiccups come along the way. They need to ensure that whilst a loss here or there maybe undesirable, the team combination will remain the same as it’s based on sound reasoning. And if they can convince others that all their decisions are based upon a long-term plan then people will be happy to give them a chance to prove themselves,” he wrote.

“Whether Pakistan have the right personnel for the upcoming Test series against Australia is a question that the people who selected the squad need to answer. In my opinion, the only thing we need to concentrate on is the fact that the Australia Test side’s morale is very low due to all sorts of reasons” he wrote. “What we must not do, is to provide them that breathing space to raise themselves which they will do if they are allowed to play well. Pakistan need to deny those moments in the series where they will start to feel confident as when that happens, they will be very hard to beat.” 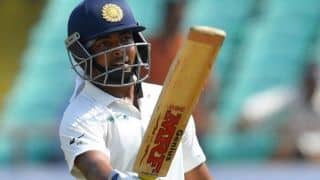 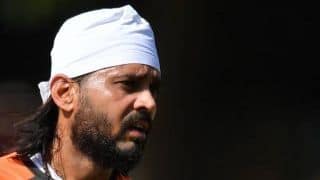