Pakistan's new T20 league has been the root of the cold relationship between both the cricket boards.

Pakistan might have to look for a new home ground if the relationship between UAE’s Emirates Cricket Board (ECB) and Pakistan Cricket Board (PCB) ends after the latter has turned it’s attention to Qatar as a host for its long-gestating domestic Twenty20 league project. Both the boards have had a long-standing and healthy working bond, more so since March 2009, after which Pakistan has used the UAE as a second home for its international commitments. READ: Virat Kohli’s aggression rubs off on players, says Shikhar Dhawan

A local business group launched the Masters Champions League (MCL) in Dubai, a Twenty20 league for veteran cricketers no longer active internationally and that has been scheduled to occur in the same time of the year as Pakistan Super League (PSL).

According to a report from The National, PCB has been trying to convince the organizers of MCL and ECB to come to a compromise which would allow them to stage the PSL in February 2016. This has been the root of the cold relationship between ECB and PCB. READ: Tendulkar, Dravid, Ganguly, Laxman likely to be named in BCCI conflict of interest list

Meanwhile, the Emirates board say that the PCB had not even formally contacted them about staging their league here until they made the announcement on June 13. The PCB acknowledges they made no formal contact, though insist they had mentioned its prospect in April this year; even then, however, the MCL had already booked the stadiums and its planning well-advanced. 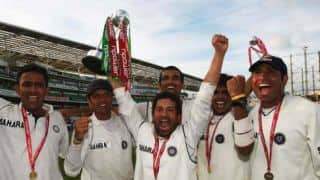