Delay in paying off the dues are reportedly due to the falling value of the Pakistan rupee against the dollar.

With new deals to be inked as well the scare caused by the financial meltdown of Multan Sultans, the Pakistan Cricket Board (PCB) has demanded all the Pakistan Super League (PSL) franchises to clear their dues by December 3 failing to which the Board will encash the franchises bank guarantees.

According to a report in ESPNCricinfo on Thursday, PCB s chief finance officer Badar Manzoor Khan sent to this effect demanding the dues to be cleared by next week, despite talks about a new financial model to strengthen the league doing the rounds.

The report states that the recent email has angered the franchises, who had constituted a three-member committee to revise their existing revenue model on which the PSL was founded.

Delay in paying off the dues are reportedly due to the falling value of the Pakistan rupee against the dollar. In the first three years of the PSL, the value of the rupee was at around PKR 105 per dollar, which has now gone up to PKR 134 now.

Teams did sign a ten-year contract in November 2015 which stated that they will make all payments in USD. However, the franchises now want to make payments according to the 2015 rate or pay in rupees.

The PSKL is already crippled with one team the sixth team without owners and don t want a similar situation to arise with the rest of the teams. The current financial model adopted by the PCB gives equal shares from a central revenue pool to all franchises.

The PCB is yet to invite bids for the sixth team after the exit of Multan Sultans’ ouster. The team currently is being controlled by the Board, who will transfer the ownership to the buyers and will allow to choose the name of the city. 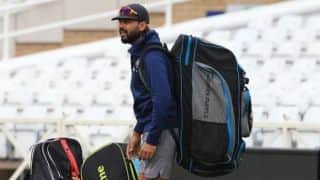 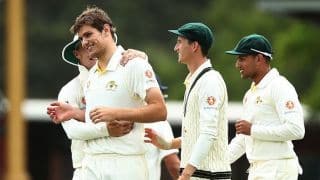