Nayar feels that a gifted talent like Shaw just needs to be level-headed in his approach.

Former Mumbai captain Abhishek Nayar believes that Prithvi Shaw has a long international career ahead, and that the 18-year-old has the skills to succeed in the tough environment of Australia where India are slated to play four Tests.

I feel he is someone who will be play for India for at least 10 years, that is the kind of future I see in him, Nayar told CricketCountry.com. I think he is ready (for the Australia tour), he is ready to show the world what he is made of.

Shaw made a stellar Test debut against West Indies at Rajkot this month, scoring 134 in his first international innings and then 70 and 33 not out in the second match as India won 2-0. He was named Man of the Series.

Nayar, who has moved to Puducherry for the current domestic season, feels that a gifted talent like Shaw just needs to be level-headed in his approach.

In terms of his technique, there is not much to point out, but it it would be important for to him go about things in a level-headed manner and needs to keep on doing what he does. and knowing him, I think he has got great head on his shoulders and has a bright future ahead of him, said Nayar, who played three ODIs for India in 2009.

Shaw made his first-class debut for Mumbai during the 2016-17 season, scoring 120 in the Ranji Trophy semi-finals at Rajkot, and finished the tournament with 239 runs in four innings at an average of 59.75. The following domestic season, he tallied 773 runs at 55.21. Nayar played with Shaw during that season and highlights how those runs had come in testing conditions to underline the teenager s talent.

He is a gifted player, and his biggest strength is the amount of time he has (while judging the delivery), he said. He has a great set of hands and picks the ball very early. He is somebody who does well in swinging and seaming conditions. I remember him scoring his runs for Mumbai last year when we played together, he scored runs in tough conditions as well. 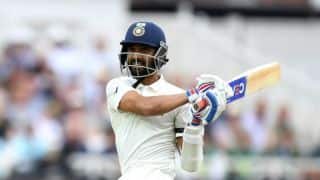 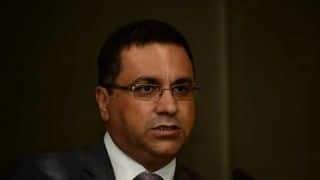