By virtue of the victory, the defending champs have now climbed to the second spot behind Saurashtra, while Railways have slipped to the sixth position.

Left-arm spinner Aditya Sarwate s six wickets on Monday, in addition to his three for 66 in the first dig, steered defending champions Vidarbha to a 118-run victory over Railways on the final day of their Round 6 Elite A Ranji Trophy 2018-19 match at the Karnail Singh Stadium.

Resuming from their overnight score at 19/1 with 224 runs needed for victory, Railways were dented in their run chase early in the morning with Sarwate picking up PS Singh, who did not add any score to his 9 overnight, caught by Sanjay Ramaswamy. Arindam Ghosh was castled by Akshay Karnewar for 9 before Sarwate returned to clean up Nitin Bhille for 19.

Railways failed to put up a fight with no significant partnerships. Harsh Tyagi, who was exceptional on Sunday picking up seven wickets, missed out with the bat to depart for 15 off Akshay Wakhare. Skipper Mahesh Rawat added just 1 before he was trapped leg before to Sarwate.

Vidarbha wrapped up the innings by the 33rd over with Manjeet Chaudhary caught by Rajneesh Gurbani to hand Sarwate his sixth wicket and Vidarbha, six points in what was their second win of the season.

By virtue of the victory, the defending champs have now climbed to the second spot behind Saurashtra, while Railways have slipped to the sixth position after incurring their second loss in five matches. 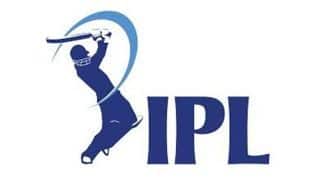