Vijay, who has also been included in the side, will join Vijay Shankar in the India A squad for the first four-day game in New Zealand.

Ashwin, who has been included in the Test squad for the marquee series against Australia, will use the time to gear up for the four-match series which begins with the first Test on December 6 at Adelaide.

Vijay, who has also been included in the side, will join Shankar in the first four-day game in the India A squad for the tour of New Zealand.

K Vignesh, CV Varun and Shahrukh Khan have been named in the side in place of Ashwin, Vijay and Shankar. Varun, a mystery spinner, who played in the one-day format Vijay Hazare Trophy, made heads turn during the Tamil Nadu Premier League (TNPL) earlier this year. Medium-pacer Vignesh returns to the side after picking up a hamstring injury, while, Shahrukh Khan is TN s middle order batsman.

Tamil Nadu had to be content with just one after their opener against Madhya Pradesh at Dindigul ended in a rain-affected draw. 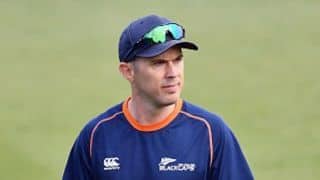