Burns has "earned the right" to succeed Cook at the top of England's Test line-up, according to his director of cricket at Surrey.

Alec Stewart, a former England captain and Surrey s director of cricket, believes that Rory Burns is the rightful man to replace Alastair Cook at the top of England’s batting order in Test cricket.

While acknowledging that some will term him biased given that Burns is Surrey captain, the former England wicketkeeper-batsman highlighted that a fifth consecutive summer of over 1,000 first-class runs underlined that Burns had earned the right to succeed Cook.

[Burns] has scored runs aplenty in Championship cricket for four or five years now so he has earned the right,” Stewart told Sky Sports News. “People will say I am biased but I look at it from a neutral point of view and if he isn’t the replacement then I will have a lot to say. He has earned the right to play and then it’s down to him. Can he deal with everything international cricket throws at you? Is his temperament right?

“I’ll say yes. I’d be very comfortable in recommending him to the selectors if asked and saying that he is the right person to step up. He may face his ball in Test cricket opening the batting against spin [in Sri Lanka in November] and that will be something new to him but you hope, given the opportunity, that he will settle in to international cricket.

Burns, 28, boasts a first-class batting average of 43.92 with 14 hundreds in 103 matches. His name has often been linked with England Test squads over the last few years, but a call-up has eluded Burns. Since becoming captain of Surrey ahead of the current county season, Burns is averaging 64.07 and Surrey are top of the County Championship in Division One.

Cook s decision to retire from international cricket at the end of the fifth Test against India at Kennington Oval next week has left the ECB with a difficult task. Keaton Jennings, who has opened with Cook this summer, has not made a mark; since the retirement of Andrew Strauss in 2012, Cook has had 13 opening partners without sustained success.

England next play Tests in Sri Lanka this winter followed by a tour of the West Indies in 2019, and Stewart backed Burns to succeed given his technical skills as an opener.

“You are never going to fill the shoes of Cook but [Rory] could at least have a good run opening the batting home and away so he can bed in and show the qualities he has shown for Surrey, he said. “Opening the batting has been hard – you are against a brand new ball and some of the surfaces around the world have been difficult, it’s seamed, it’s swung. At the same time it is still a ball coming down the wicket and if you have a method, technique and mental strength to deal with the highs and the lows, you go a long way to being successful at the top level.” 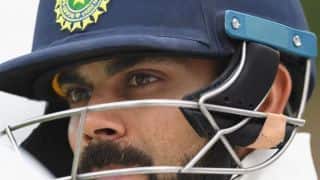 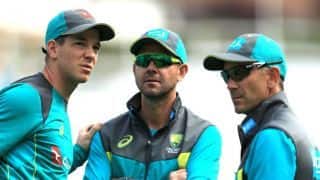