Former India captain Sourav Ganguly reckons all is not lost for Caribbean cricket with the likes of Shimron Hetmyer and Shai Hope lighting up the five-match ODI series that s set nicely at 1-1 with the fourth ODI to be played at Mumbai s Brabourne Stadium on Monday.

After receiving a 2-0 drubbing in the Test series, it looked like the West Indies didn t have any resemblance to the teams the Caribbean nation had thrown in the past. However, the ODI series has a different story to tell.

Hetmyer and Hope have been the find for the West Indies team. While Hetmyer scored a century in the first ODI in Guwahati and fell six short of registering another in the second match at Vizag, Hope s unbeaten 123 resulted in an epic draw, with his 95 paving the way for a West Indies win in Pune.

After a very one-sided Test series, the West Indies have really put up a very impressive show in limited-overs. Jason Holder has been impressive with his leadership abilities and the likes of Shai Hope, Shimron Hetmyer, and Ashley Nurse have indicated that all is not down in the dumps for Caribbean cricket, Ganguly wrote in his column for the Times of India on Monday.

Ganguly, who captained India in 49 Tests in which he won 21 and lost 13, feels Kohli s hunger for runs makes him stand out from the rest.

One is at a loss of words when it comes to talking about Virat Kohli s superlative talent. There are already lot of comparisons. Some are saying his talent and domination are of Bradmansque proportions, some are already commenting on whether he will go past the Sachin 100 . Comparisons have also featured Brian Lara and Viv Richards, but my point is simple: let statistics take care of themselves. Rather, what we should be doing is sitting back and enjoying this man s class. Along with his ability as a player what stands out is his hunger for runs, he wrote.

Meanwhile, Ganguly strongly batted for KL Rahul s inclusion in the side. Rahul, who has had a dismal run this year with scores of 0, 4 and 33* in the Tests not helping his cause.

India has a lot to think about. I still believe Lokesh Rahul shouldn t be sitting out. Jasprit Bumrah has once again shown he is different but one has to take note of the unit as a whole because in three matches the opponents have scored more than 900 runs and that too in Indian conditions, Ganguly wrote. 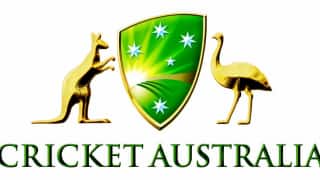