Pakistan batsman Shoaib Malik has become the eighth batsman in T20 history to cross the 8000-run mark in the format. Malik reached the milestone while playing for Guyana Amazon Warriors against Barbados Tridents in the ongoing Caribbean Premier League (CPL) on Sunday.

Malik scored 38 as Guyana fell short of the target by 31 runs to suffer their first defeat of the season. Shai Hope scored a 45-ball 88 as Tridents posted a challenging 185/4. In reply, Malik-led Guyana could only manage 155/8 in 20 overs.

The list of the highest run-getters in T20 cricket is topped by West Indian Chris Gayle who has 11575 runs in 337 matches. New Zealand’s Brendon McCullum is at the second spot with 9188 runs followed by Kieron Pollard who has 8225 runs.

Malik recently became the seventh cricketer and second from Pakistan to complete the double of 7000 runs and 150 wickets in One Day Internationals.

Suresh Raina is the top-ranked Indian in the list at fifth position with 7929 runs in 296 matches and India captain Virat Kohli follows him with 7744 runs in 247 matches.

Most runs in T20s 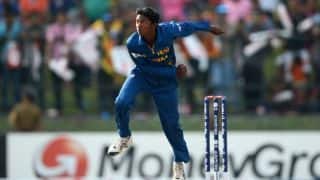 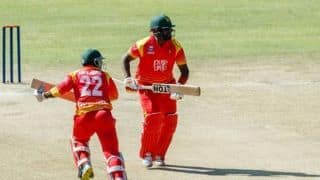