Pakistan were unable to walk away with a series win as South Africa triumphed in all three formats on the tour.

Head coach Mickey Arthur has thrown his weight behind Pakistan captain Sarfraz Ahmed, who has been reaffirmed as the captain for the ICC World Cup 2019 despite the Pakistan Cricket Board s (PCB) policy on appointing the captain on a series-to-series basis. The senior wicketkeeper-batsman is serving a four-match ban for a racial taunt targeted at South Africa s Andile Phehlukwayo.

Besides the controversy surrounding Sarfraz s comments, what has furthered criticism has been his dip in batting. Since the ICC Champions Trophy 2017 last year, Sarfraz has been scoring 21.28 runs per dismissal in ODIs which is 15 runs less than what he had been scoring till Pakistan lifted the coveted trophy.

“It needs to be understood that Sarfaraz first and foremost is the captain and a wicketkeeper,” Arthur was quoted as saying by Cricbuzz on Friday upon the team s arrival from the South African tour. (ALSO READ: Sarfraz Ahmed will remain Pakistan captain till the World Cup: PCB Chairman Ehsan Mani)

“People forget wicketkeeping is a specialist position. Sarfaraz’s numbers over the last four and a half months are mind-blowing: one catch dropped and one missed stumping. I can tell you I did the research on the plane coming last night because I knew this question would be asked, he’s dropped eight balls in four and a half months. So, he is not out of form in his core job. His core job is to keep wickets and to take the catches and make the stumpings.

“Sarfaraz will be the first one to admit that his batting form has come and gone. He is very, very determined to get that right because he plays match winning innings. When Sarfaraz plays well, he wins games for us. I want to reiterate I am not worried about his [batting] form.”

Arthur also highlighted Sarfraz s flexibility in the batting order. He averages above 44 when he bats in top five. However, since the 2018 Asia Cup, he has demoted himself.

“It’s very simple, we need to be very fluid with our game plans,” Arthur replied.

“Sarfaraz has done exceptional work for us up and down the order. We have got to realise that over a long tour form comes and goes and players start playing well and then they slip off the radar a little bit. We need to then be able to send our in-form players at any given minute. We’re trying to be as flexible as we can and give opportunities to players in pressure situations to understand their abilities [ahead of the World Cup].

“The last thing we want in a crunch game is sending a guy that we don’t know anything about. It will be gross mismanagement on our part if we hadn’t given that guy an opportunity to perform in that area under pressure. You cannot recreate that pressure which is there in a match – when there are 20,000 people in the stadium and a there’s a massive TV audience in training. We have to find about those guys and that’s kind of what we did. We know Sarfaraz can deliver at any position in the batting order. We needed to find out little more about the other players.” (ALSO READ: I thought I was the worst captain on the planet: David Miller)

is players get clarity in terms of their roles and role clarity is particularly important.

“The other thing that’s important for us is having an option with two game plans, because the weather in England at any given time is very unpredictable. We need an option where we have our spinners, who are able to suffocate through the middle, because the key to win one-day games is taking wickets through that period. Either we do that with two spinners and a little bit of reverse swing if the weather stays dry. If the weather is wet, we have to have an option of a seam bowling all-rounder who can come in and bat at 7 for us. So we’re very close. We’ve covered all our bases in terms of our personnel at the moment.”

Pakistan were unable to walk away with a series as South Africa triumphed in all three formats on the tour. While Pakistan were blanked in the Tests, they levelled the five-match ODI series before falling out in the final. In the Twenty20 Internationals, which South Africa won 2-1, Pakistan secured a comfortable win in the last.

“I was really disappointed that we couldn’t get over the line and win the one-day series. We thought we were as good as South Africa in those conditions. Despite South Africa being the toughest place to bat, to get the man of the series in ODIs [which Imam ul Haq did] and to see Babar Azam‘s development across all formats was simply amazing, Arthur said. (ALSO READ: Got positive vibes from PCB that I’ll be captain for World Cup: Sarfraz Ahmed)

“Although we didn’t get the results, I sit here incredibly proud about our stint in South Africa. Talking to the South African press, talking to South African public, they were immensely impressed with our standard of cricket. It is the testimony to, A, the work grade of these boys, B, the skillsets, and C, the determination to keep giving better and better.” 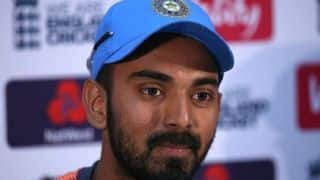