Under Faf du Plessis, South Africa will want to continue with their winning ways to heal the wounds that Test series had inflicted on them.

South Africa have scripted a remarkable turnaround in the ODIs and now eye an unassailable 3-0 lead against Sri Lanka although they could be thwarted by thunderstorms that are expected to interrupt the match when both teams meet in the third one-day international at Kingsmead in Durban on Sunday.

The form Sri Lanka showed in the Tests, which they won 2-0, has deserted them and Lasith Malinga and Co. will have to fight hard to keep themselves alive.

Under Faf du Plessis, South Africa have looked completely different in the ODIs and will want to continue with their winning ways to heal the wounds that Test series had inflicted on them.

While the series opener was a stroll in the park for the Proteas, in the second match, they had the bowlers to thank and Quinton de Kock for setting up a crushing 113-run win at the Centurion.

For Sri Lanka, it is their batsmen who will have to step up with Malinga, Thisara Perera making great strides in the bowling department. Will the tourists address their batting woes and turn the tide in their favour or will the Proteas juggernaut continue? Durban awaits a Sunday bonanza.

On TV: Sony SIX/HD in India (You can also follow live coverage on CricketCountry.com’s LIVE SCORECARD)

Weather: Scattered thunderstorms with a maximum high of 27 degree Celsius

Apart from Quinton de Kock and captain Faf du Plessis, none of the other batsmen have made a mark in the two ODIs and that is something South Africa will want to address in the remaining three matches. In the second match, the hosts were helped to 251 with significant contribution from QDK, who fell six runs short of a century and Du Plessis 57. The next highest scorer was Reeza Hendricks, who added 29. David Miller scored just 25. Dale Steyn could replace Anrich Nortje with the veteran pacer sitting out for the first two matches.

After two poor performances, Sri Lanka will have to rejig their batting line-up with Niroshan Dickwella, who has registered scores of 6 and 8 in the previous two ODIs respectively, under threat. Priyamal Perera and Angelo Perera are two options that are available to come into the side.

Kingsmead has often been an unfortunate venue for South Africa in Tests, but they have won six of their last seven ODIs at the ground, going down only to India since December 2013.

We will look at possibly making some changes and it is good we are 2-0 up, gives us an opportunity to make those changes. Faf du Plessis 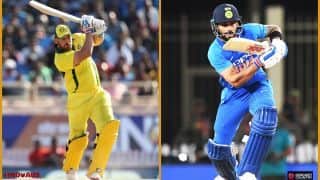 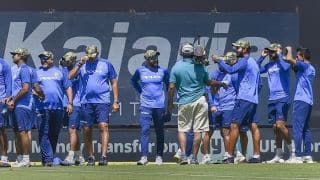