Saturday s 31-run Duckworth/Lewis win over Sri Lanka in Dambulla has put England up 1-0 in the five-match series, and Wednesday s third match at Pallekele offers Eoin Morgan s team the unfamiliar opportunity to go up 2-0.

England were beaten soundly by Sri Lanka when they last toured in 2014, but with a stronger team and much better awareness of what is required to succeed in ODIs, Morgan s outfit have genuine designs on next summer s ICC Cricket World Cup. These ODIs, though played in different conditions, are a big stepping stone towards the World Cup and Morgan hopes to use each match to get the players exposed.

Dinesh Chandimal s Sri Lanka have batting and bowling issues to address, and with time ticking on the road to England next summer the hosts will need to regroup quickly. The batsmen disappointed in the second game, and as they seek to keep the series alive the batsmen will have to deliver. Sri Lanka can claim to have changed the way we look at modern ODI batting during the 1996 World Cup, but of late they look a muddled unit.

Batting first, since the 2015 World Cup, Sri Lanka have crossed reached 300 on nine occasions, with a best of 377/8 versus Ireland and six scores between 300 and 316. In comparison, England have reached 300 on 23 occasions since the last World Cup, thrice breaching the 400-mark, once getting to 399/9 and three other occasions getting past 350.

With Kusal Perera ruled out of the series* with a hamstring injury, there is a spot for Sadeera Samarawickrama in the middle order. Lasith Malinga s five-wicket haul has him in line for more playing time, given how the selectors are looking at the 2019 ICC Cricket World Cup, even if the man himself is not keeping his hopes up of flying to England.

With Liam Dawson ruled out of the tour with a side strain, one of Mark Wood, Sam Curran and Tom Curran will fill in. Joe Denly is not expected to link up with the England squad in time for the match.

– Adil Rashid needs two wickets to become the second most successful bowler in ODIs this year.

Getting wickets up front is essential as it stems the run flow straight away and puts pressure on the guys coming in, – Chris Woakes

* This article was updated at 4:40pm to reflect the news of Kusal Perera’s injury. 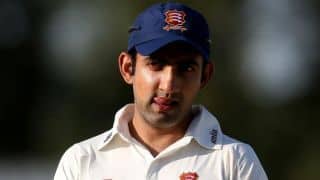 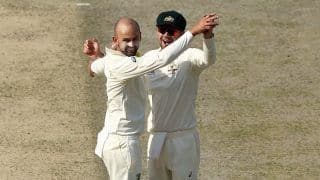