One attempted hook shot to a bouncer from Josh Hazlewood saw Steven Smith lose balance and fall to the ground.

Banned former Australia captain Steven Smith turned out at a nets session against his New South Wales state-mates Mitchell Starc, Josh Hazzlewood and Pat Cummins to prepare them to face Virat Kohli‘s India n the upcoming four-Test series, during which Hazlewood felled him with a short ball.

Smith, currently serving a 12-month ban from international cricket for his role in the ball-tampering controversy that erupted in South Africa a few months ago, batted well during his stint at the SCG nets on Monday, reported cricket.com.au.

As per the website’s first-hand report, Smith had few issues in facing the trio barring a couple testing deliveries from Hazlewood. One attempted hook shot to a bouncer saw Smith lose balance and fall to the ground.

Whoops! Steve Smith didn’t have it all his own way against Australia’s Test quicks at the SCG, but he also peeled off some trademark shots. WATCH: https://t.co/TqBm1vvBKt pic.twitter.com/lAxNdVpdRx

Cricket.com.au reported that there was no speed gun used during the practice session, but the trio of Starc, Hazlewood and Cummins hit good speeds. The NSW pace trio has been rested for the latest Sheffield Shield match in order to be in top shape for the first Test against India starting December 6 in Adelaide.

Starc was added to Australia’s T2oI squad  and played the deciding match at the SCG on Sunday, which India won to level the series 1-1.

ALSO READ: CA XI tour game a shot for India team to warm up for Tests

Western Australia batsman  Sam Whiteman, who will lead a Cricket Australia XI in a four-day game against India at the SCG from Tuesday, was one of the players to practice with Smith and his Ashes-winning team-mates.

“That was pretty good to watch actually,” Whiteman said. “That’s not a great net to face up in.”It looked like they were bowling well and to be fair Steve Smith made it look like he had a bit of time in there, which is pretty amazing to watch. It is good to see him (Smith) around the traps, especially his attitude throughout this whole thing. He still can’t play for five or six months, so to see him in there training getting frustrated when he nicks one is pretty cool to see and definitely a great lesson for all those younger guys.” 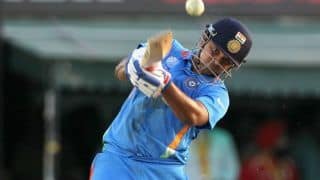 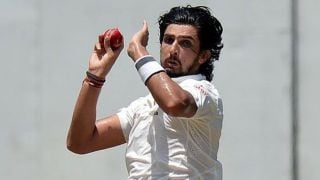