Smith was hit in the neck by a 92mph bouncer from Jofra Archer on day three at Lord's.

Two days on from waking up to feel groggy after copping a blow to the neck, Steve Smith is reportedly in good spirits as the Australian cricket team shifted base from London to Leeds for the third Ashes Test starting Thursday.

Smith is in doubt for Headingley, with the three-day gap between Tests is “not in his favour” according to Cricket Australia.

On Saturday at Lord’s, Smith was hit in the neck by a 92mph bouncer from Jofra Archer and was forced off the field, but passed an initial concussion test and returned to continue his innings. A subsequent test revealed concussion and he missed the final day’s play as Australia clung on for a draw against England.

According to Australia’s joint vice-captain Travis Head, Smith is doing well though a final call on his availability for the Headingley Test has not been made.

“I saw him this morning and he said he was feeling much better so that is a positive,” Head said.”But again, I think the doc (team doctor Richard Saw) has been doing a fantastic job so far on tour with everyone. (Saw) has had a busy week and I know he was looking after (Smith) pretty well, he is in good hands.

Hopefully, in the next couple of days he is able to rest up and comes good and it is just that process he has to go through. But he seemed in good spirits today on the bus, he is playing cards again and is himself. It was good to see.”

On Sunday, Smith admitted that the road to playing the third Ashes Test means he must go about his practice routines regularly. 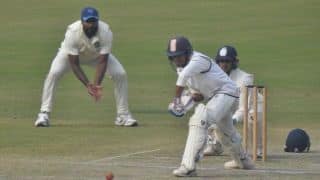 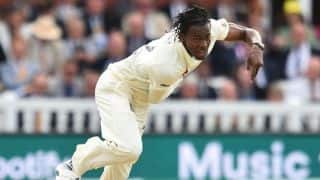