Sunrisers Hyderabad (SRH) and Kolkata Knight Riders (KKR) move into a very critical stage in the Indian Premier League (IPL) 2014. Both sides are locked in the middle of the IPL 2014 Points Table and need victories to make that surge to the top. But, as these sides get ready to lock horns at the Rajiv Gandhi International Stadium in Hyderabad, Kolkata are in a much better position as they have five victories when compared to Hyderabad’s four and also have a positive net run-rate.

The Hyderabad pitch is a batting beauty going by the first two games. Mumbai Indians chased a score comfortably under lights and Kings XI Punjab swept aside Hyderabad’s strong bowling attack. Thus, if any team wins the toss, you’d want to bat first and put the runs on the board. Chasing a huge score doesn’t come off every single time. You have to back yourself to put the runs on the board and then defend it.

Kolkata though, may want to chase given the form of their openers. Both Gautam Gambhir and Robin Uthappa are in great form and have led three successful run-chases for them. On a tough pitch at Cuttack at Mumbai, Uthappa was on song and would be waiting to bat at Hyderabad. To back them up, they have Manish Pandey, Ryan ten Doeschate, Yusuf Pathan and Suryakumar Yadav. However, it would be interesting to see if they get Jacques Kallis back. Shakib Al Hasan had taken his spot and there could be a possibility of the ten Doeschate making way for the Bangladeshi all-rounder.

Sunil Narine is the key bowler as he breaks the flow against the opposition. Piyush Chawla has also done well and he may hold onto his place. But, if they do get Shakib back, it would be a good attack. Umesh Yadav or R Vinay Kumar will handle the pace bowling duties for Kolkata.

Hyderabad face many questions as not many things have worked for them. Against Punjab, they batted very well after they realised they hadn’t pushed on against Mumbai. But then the bowling failed. The biggest positive from that game for them was Naman Ojha, who creamed 79 runs with panache. That gives the batting more depth, a unit that overly relies on Shikhar Dhawan, David Warner and Aaron Finch.

The bowling hasn’t done too well with Amit Mishra and Dale Steyn not finding good form recently. And, they have also left out Darren Sammy for Moises Henriques. Bhuvneshwar Kumar is one bowler who is performing consistently and is their biggest strength. Hyderabad can keep their chances very much alive with a victory in this game, but Kolkata will move one step closer to the play-offs if they win, making the task difficult for others. 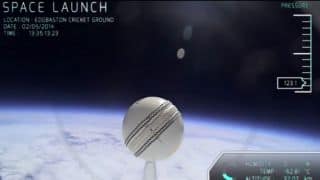 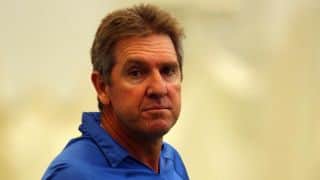