Saurashtra, now on third spot after their first win, chased down the target with 19 balls to spare.

After smashing a century in the first match, Cheteshwar Pujara slammed 68 off 46 deliveries as Saurashtra defeat Madhya Pradesh by six wickets to notch their first win of the Group C Round 2 match of the Syed Mushtaq Ali 2019 tournament on Friday.

Set a 139-run target, Saurashtra were helped to a 109-run partnership for the opening wicket, courtesy Harvik Desai and Pujara. The wicketkeeper-batsman plundered nine boundaries and a solitary six during his 36-ball 56, while Pujara carted 11 boundaries. (ALSO READ: Gujarat beat Rajasthan in one-over eliminator)

The partnership was broken by Ishwar Pandey, who had Desai caught by MP captain Rajat Patidar. Pujara held fort after Saurashtra lost two quick wickets in Robin Uthappa (4) and Sheldon Jackson (4), but was fell in the 17th over after he was dismissed by Mihir Hirwani.

Saurashtra, now on third spot after their first win, chased down the target with 19 balls to spare. 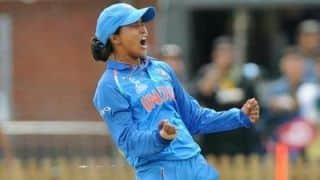 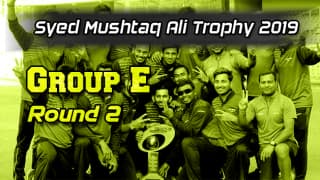