Mitchell Johnson, former Australian bowler who destroyed the England side in the Ashes series of 2013 by taking 37 wickets visited the England team in a practice session.

England head in the third Ashes Test for a must-win game to stay alive in The Ashes (though a draw will keep their hope of retaining the urn alive). Australia, being favorites, will look to seal the series and regain the Ashes at the WACA, Perth. England had bowled out Australia for 138 in their second innings at Adelaide; they will now be looking to capitalise on that and take field on a positive note.

Mitchell Johnson had destroyed the England side in the 2013-14 Ashes by taking 37 wickets. Of late he had visited the Australian team during a practice session to chip in with advice. Josh Hazlewood talked about Johnson s advice and Australia s preparations ahead of third Test.

“Bowl fast and keep bowling short” was the gist of Johnson s advice. “He mentioned he saw a few things similar to 13-14 (while discussing how England are playing). Those guys are always good to talk to about past experiences.”

Hazlewood bowled an impressive opening spell on Day Five of the second Test. He dismissed Chris Woakes and picked up the crucial wicket of Joe Root. Root had scored 62 and was looking solid but ended up edging the ball. Australia won the match by 120 runs and lead by 2-0.

Joe is the key

“All the bowlers want that wicket and there’s obviously a couple of key ones which we’ve talked about,” Hazlewood said. “Joe is the key, he can hold the innings together and score runs pretty freely when he gets some poor bowling his way, so everyone has to be ready when he comes in and stop that quick 20 or 30 runs early. Still the key to him is bowling your best ball more often than not and hopefully keep the runs to a minimum and keep taking his wicket.”

England hasn t won at WACA since 1978. Along with other pacers, Hazlewood would like to capitalise on that. Hazlewood would want to continue his form from the last innings and get some more wickets to his name.

“I’m getting better as time goes on,” he said. “Probably just my length (was better) I think, my length especially on the last day, so obviously would try to continue to work on that and I think it’s on the rise. So, hopefully keep getting better.” 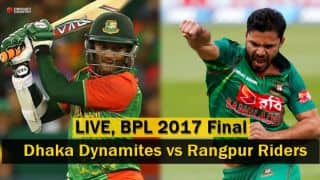 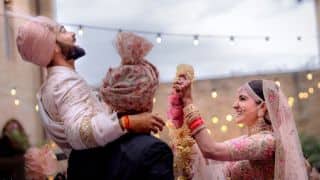