The first official practice is scheduled on Tuesday at the MCA s Bandr-Kurla Complex (BKC) academy.

Putting all speculation to rest, coach Vinayak Samant confirmed on Saturday that the Mumbai Cricket Association (MCA) will go ahead with him as the head coach for the upcoming domestic season.

Too late, you ask? What were the MCA doing till now?

Samant, who did not have a great season last time with Mumbai crashing out of the Ranji Trophy in the league stage and missing out a spot in the final of the Syed Mushtaq Ali T20, was never in contention. Sulakshan Kulkarni, who recently coached the world title-winning Physical Disability side, was zeroed in as the coach.

Kulkarni was even interviewed for the role back in May, but his appointment letter was delayed. By the time he received the letter from the MCA headquarters, the remuneration, which was clearly stated Rs. 24 lakhs on the MCA website, was now reduced to Rs. 14 lakhs in his contract which did not go down well with him.

Kulkarni had issues with work timings as well and finally turned down the offer. The MCA ad-hoc committee then held an urgent meeting and decided to go ahead with Samant, a wicketkeeper-batsman, who has played 101 first-class matches.

Samant now has a huge task on his hand with exactly one month left for the Vijay Hazare Trophy to begin (September 24-October 25). The first official practice is scheduled on Tuesday at the MCA s Bandr-Kurla Complex (BKC) academy.

I know we don t have time on our hand, but I know all the members of the squad having coached them last season, so that s a plus point, he tells CricketCountry.

There s no time for analysing any footage, rectifying batting or bowling technique. We hardly have 25 days. I am not thinking about qualifying right now. I want to shuffle the batting order and do some minor adjustments.

READ: Prithvi Shaw had no symptoms of cough or cold: Ex-Mumbai coach and physio

The 41-time champions were a shadow of themselves last season and the 46-year-old pinpointed those performances to a side that lacked unity.

This time, we have to stick together. Last time, there were some senior-junior issues, but this time, we will plan on how to stay united. Whenever we stay united, we have won the title. We need to be disciplined and more hardworking as well, he said.

Adding to the coach s woes will be the absence of star players such as Ajinkya Rahane, Shreyas Iyer, who will be on national duty for most part of the season. Prithvi Shaw, currently serving his eight-month suspension, too will be out till November 15 when his ban ends.

Samant understands the problem at hand but is concentrating on improving the preparation of the existing team.

Preparation is very important for me. How can we mix and match and how do we put in more than your 100 per cent is what matters. The desperation to win is want I want. Winning or losing does not matter. If we are losing, then we should have tried till the last ball. I am expecting that effort from all my boys this season, he explained.

I am concentrating more on the bowling. Last year, we were very weak. Even on a green top, we were unable to take 20 wickets, that was the biggest trouble. We won the one-days because we were able to restrict them to low totals and we bowled according to our plan which we didn t in the Ranji Trophy. So, that s the plan.

Will Mumbai be able to perform according to the plan? Let s wait and watch! 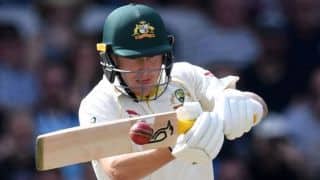 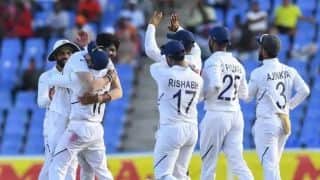 1st Test: India bowl out West Indies for 222, extend lead to 89 at lunch on day three