There were no surprises as the Cricket Advisory Committee (CAC) named Ravi Shastri India’s head coach on Friday.

While former New Zealand and Kings XI Punjab (KXIP) coach Mike Hesson and Tom Moody, former Sri Lanka and Sunrisers Hyderabad (SRH) were the number two and the number three in CAC’s list of preference, Shastri’s familiarity with the team environment helped him get another stint as the India coach.

It is now learnt that while Shastri was questionned about India’s semifinal defeat in the ICC Cricket World Cup 2019, it was his urge to erase the memory of that defeat which helped him clinch the deal on Friday.

Shastri, during his presentation before CAC, made it clear that he has an unfinished business with the team, with the two World Twenty20s around the corner. The former India cricketer also highlighted that the the team, under Virat Kohli, is headed for greatness.

“There were some pointed questions and one of them to Shastri was what went wrong in the semi-final against New Zealand. He made it clear that one bad day doesn’t make this team bad. In fact, he emphasized on how he has unfinished business as the team now looks to gear up for not one, but two World T20s — 2020 and 2021. The confidence with which he said this made the committee believe that Shastri is the man who needs to guide this team forward,” a source in the know of the developments was quoted as saying by IANS. said.

“The CAC was clear about the fact that champion teams do well on foreign soil. Every team does well at home and India has done the same over the years. But the team’s rise on foreign soil has been exemplary under Shastri. There is no denying the fact that the combination that Shastri and Kohli form is unparalleled in the current scenario and with Shastri acting as the guiding force, this team will only perform better in the times to comes,” the source added.

Kohli, before India left the shores for the West Indies series had thrown his weight behind Shastri, saying the team shares a great camaraderie with him, the coach. Shastri, during his presentation, reportedly, credited Kohli for the progress the team has made in the recent times.

“Shastri told the CAC that this team has a leader who believes in leading from the front and there is no way that the youngsters wouldn’t want to imbibe from someone like Kohli. He also told them how Kohli has set new benchmarks when it comes to the fitness standards and that has rubbed off on all the players who now believe that fitness is as crucial a part of being an international cricket as is batting and bowling well,” said the source in a report.

While Shastri won the race to become India coach, it was reported that Hesson impressed everyone in the CAC, who went into the selection procedure with a clean mind.

“Hesson was really good. The committee had gone in with a clean mind and what the former Kiwi coach presented to them really had them impressed. But in the end, it was a case of Shastri knowing the boys inside out that clinched the deal for the former all-rounder,” concluded the report. 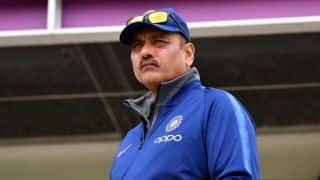 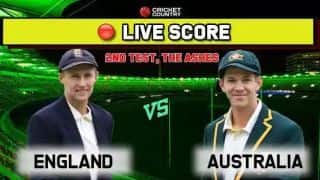