The former England skipper says it poured a bucket of cold water over West Indies.

Former England captain Mike Atherton has termed the ICC’s decision to suspend West Indies captain Jason Holder for one Test match on account of a slow over-rate as “ridiculous”, saying that it “poured a bucket of cold water” on the hosts after their unprecedented series win over England.

Holder on Monday was sanctioned a one-Test suspension after he was deemed to have fallen foul of over-rate regulations, which means he will miss the third Test between West Indies and England at Gros Islet starting February 9. (READ MORE: Jason Holder suspended for third Test at St. Lucia)

This came after West Indies’ three-day win at North Sound, by ten wickets to seal the series 2-0.

With four fast bowlers West Indies are always challenged to maintain the required rate and the captain, in ICC regulations, is held responsible, Atherton wrote in his column for The Times. It is a problematic issue because clearly the authorities want to try to speed up play to offer spectators full value for money. Ask any spectator in St Lucia, though, and I imagine they would want to see Holder leading out his team.

Nor would they have wanted to see Holder rush through some overs in Antigua, instead of bowling Shannon Gabriel or Kemar Roach, say, at the critical time in the match. (READ MORE: Jason Holder dedicates Antigua Test win to Alzarri Joseph)

Holder, ranked No 1 in the ICC ratings for Test allrounder, was Man of the Match in the first Test win after scoring a monumental 202 not out, and at the Sir Vivian Richards Stadium he claimed a crippling four wickets on day three as England were bowled out for 132.

The bottom line is that England were not good enough to take the game into the fourth day and there were two days remaining in the match unused, which makes an over-rate ban seem ridiculous, Atherton wrote. Kraigg Brathwaite will captain instead, and West Indies must find a way to rebalance their team. ICC officialdom may want to tread warily in St Lucia. (READ MORE: ‘Long, hard talk’ behind West Indies’ turnaround: Jason Holder)

Holder is the second captain to be suspended for one match in the past month. In January, South Africa skipper Faf du Plessis missed the third and final Test against Pakistan for maintaining a slow over-rate during the nine-wicket win in the second Test. Like the Antigua Test, that one at Newlands also lasted less than three days. 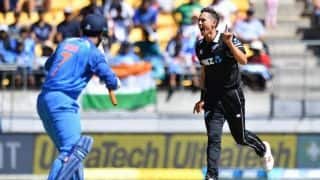 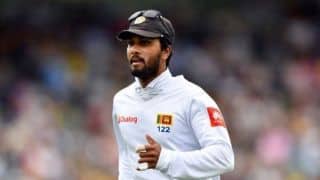