Quizzed if the CAC s decision was influenced by captain Virat Kohli, who backed Shastri for a second term, CAC chief Kapil Dev replied in the negative.

There was a lot of drama building up to the day, but it culminated into the most expected finishes with Ravi Shastri retaining his job as the head coach of the Indian cricket team till the end of the 2021 T20 World Cup in India.

Shastri was always expected for another term, especially after receiving the backing of captain Virat Kohli, who openly voiced out his support for the incumbent coach.

Each of the interviewed candidates were marked on 100 on parameters: Coaching Philosophy, Experience of Coaching, Achievements in Coaching, Communication, Knowledge of Modern Coaching Tools. And Shastri, having the best communication skills among all, pipped the rest.

Being the current coach, Shastri knows the boys well and he knows the problems well in the team. He knows what needs to be done. I think he is well versed with the entire system while the others are not, former India batsman Anshuman Gaekwad, a member of the Cricket Advisory Committee (CAC), who coached India between 1997-1999, said on Friday.

The other candidates probably had to start afresh, so we were trying to find what it could be like for Indian cricket if they were appointed as head coach. That s why we went with somebody who knows the system and the players very well and who could communicate well. In that way, Shastri has the advantage.

Among the other candidates, Shastri s record was unmatched as the team reached the No.1 ranking in Tests under his watch and also won a series in Australia for the first time in 71 years. India have won 11 out of 21 Tests, 43 out of 60 ODIs and 25 T20 Internationals out of 36 on his watch.

Quizzed if the CAC s decision was influenced by captain Virat Kohli, who backed Shastri for a second term, Dev replied in the negative.

Not at all, because if we take his (Kohli s) views, we would have taken the entire team s views too. We haven’t asked anyone. There was no scope for that,” said Kapil.

It was not only Shastri s equation with the team that won him the race, but also his vision going forward. All of them gave their way forward. We weighed it with past performances and that swung it in Ravi Shastri s favour, former India women s captain Shantha Rangaswamy informed. 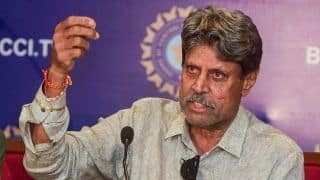 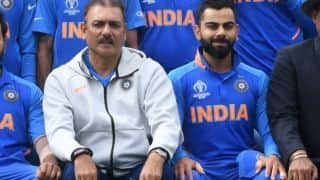